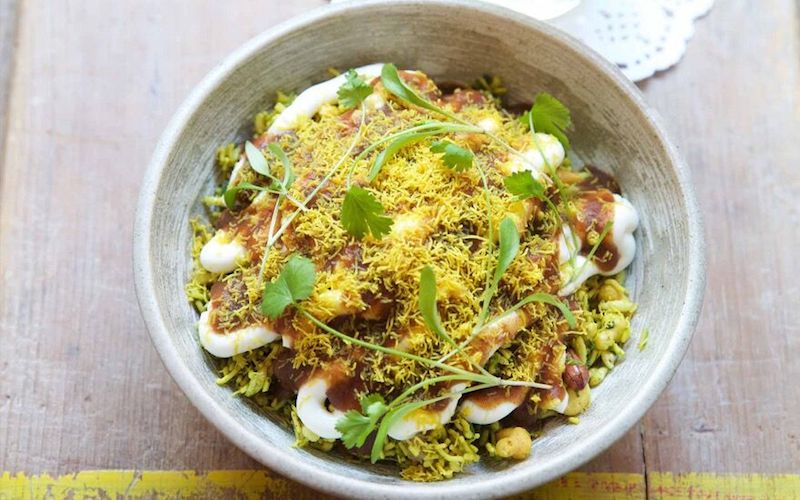 Kricket is returning to its birthplace of Brixton with a new site opening under the railway arches on Atlantic Road in May. The restaurant, which started life in Pop Brixton shipping container before opening a permanent place in Soho, also has a branch opening at the revamped BBC Television Centre in White City this summer, so 2018 is set to be a big year for owners Will Bowlby and Rik Campbell.

The Brixton restaurant will hold 40 covers (and they’ll take bookings!), with a separate arch containing the bar. Old faves like the samphire pakoras and Keralan fried chicken will be on the menu, alongside all new dishes like lotus root yakni with morels and lotus root crisps, pig head vindaloo with artichoke tarka and pickled shallot, and rock oyster pakora with rhubarb chutney. If you’re based in east London, you can still get a taste of Kricket thanks to their delivery service Namma, which offers up their take on traditional Indian food.

Hurry down to Kricket Brixton for HALF OFF food from 5pm on 18th May!