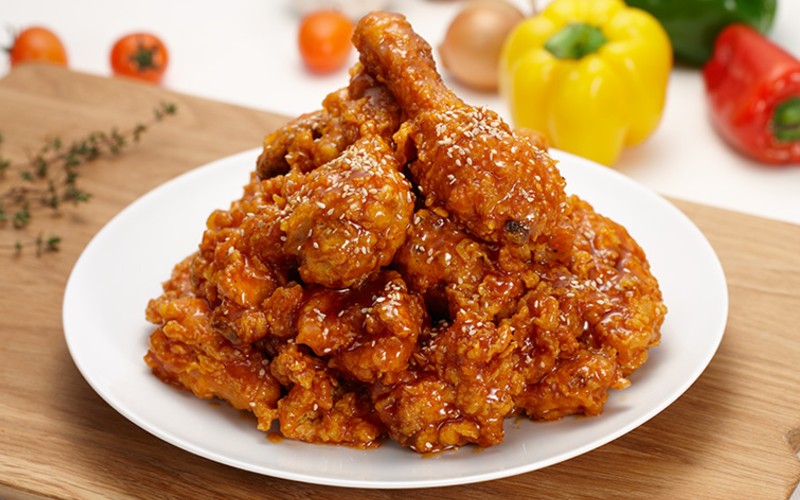 There’s a new kind of KFC coming to town as Korean fried chicken chain Pelicana, which bills itself as the number one fried chicken brand in the country and has over 2000 sites in South Korea plus others in China, Malaysia and the US, is opening a second site in Islington. Wasabi founder Dong Hyun Kim (who also holds the UK master franchise rights for Kineya) is the man bringing the birds to our shores, with the first one opening in the Hammersmith Broadway shopping centre back in April. There has been talk of sites for Wimbledon and Clapham Common but the next one, a two-floor 80-cover space, is opening north of the river in the Angel Central shopping centre instead.

Fried chicken is obvs the star of the show at Pelicana, with soy sauce, crispy, sweet chilli and volcano among the flavours available across bone-in pieces, boneless pieces, wings, in burgers and on rice, noodles or salad, plus sides like kimchee fried rice and sweet chilli potato puffs. Pelicana is also promising Korean corn dogs, a snack that’s gaining a cult reputation over here as shown by the constant queues at Bunsik, so if you’re not in central this’ll be the place for your corn dog fix. And clearly the Korean food hype is not dying down as Korean Toast, the street food concept from The Korean Englishman, is back in King’s Cross after a pop-up last year (which we tried to go to but the queue was 100 deep and by the time we got there they had sold out), serving up – as you can probs guess from the name – Korean toasted sarnies.