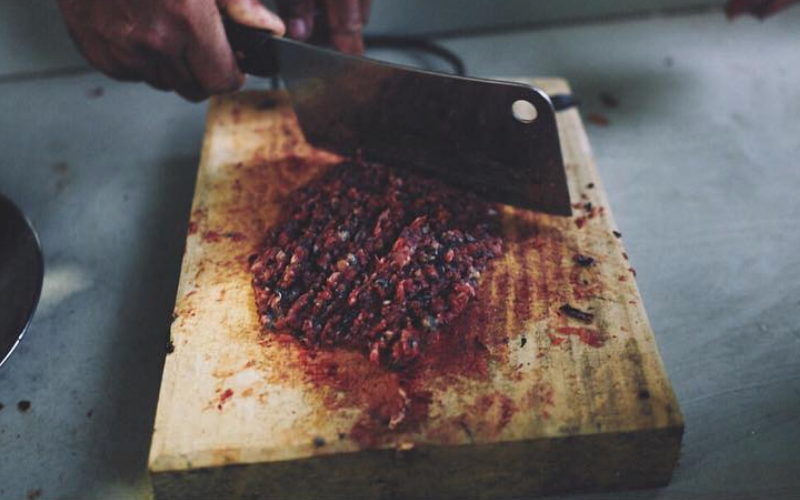 The humble larb, a Thai salad made from chopped meats or fish, doesn’t usually get all the headlines but it’s one of our favourite Thai dishes when it’s done right. Bless Ben Chapman and his team then for coming up with the idea of a whole evening dedicated to larb, taking place at Kiln in Soho on 26th March.

For just one night, the whole restaurant space and menu will be given over to larb, a standing-room only larb party where you can eat as much of the stuff as you like for £45. Ben and Kiln’s head chef Nick Molyviatis will be joined by Som Saa’s Andy Oliver in the kitchen to knock out the likes of Northern Style Duck & Offal Raw Beef Laab; Fried Laab Cakes and Isaan Style Chopped Sand Sole. Tickets will also include three glasses of wine selected by P. Franco’s Phil Bracey so expect some natural wines along with your spicy fresh larb.

It’s gonna be walk-ins only so we’d recommend getting there early as there’s likely to be a big queue for this one. Hopefully if it goes well there’ll be some similar events – or even a dedicated larb restaurant – in the pipeline.