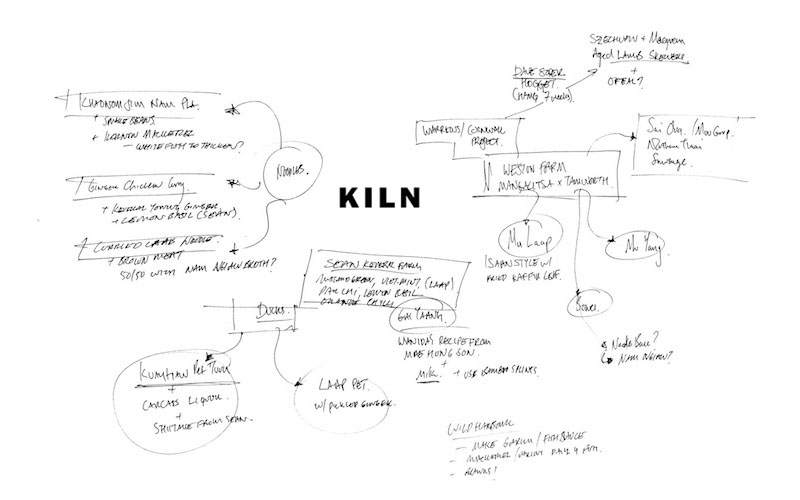 Like the name suggests, Kiln restaurant serves grill dishes cooked over an open fire. The side-of-the-road style restaurant is set to open on the streets of Soho in September. Inspired by the Thai borderlands, including Burmese and Yunanese spices and flavours, the menu is simplistic and includes quick grill based dishes. Plus there will be a daily noodle speciality dish, designed around typical Thai comfort food and created using their own recipe of chewy egg noodles. Other dishes to expect on the menu are northern-style cumin Yunnan cured sausage, roast suckling pig and curried cockles.

Smoking Goat’s founder Ben Chapman is not only the mastermind behind the menu but also designed the interior too, including the open Kilns which are central in the restaurant, allowing you to watch while you wait. Although the flavours are multicultural the produce isn’t, with all ingredients locally sourced including aged lamb fattened by the Cornwall Project. A lot of thought has gone behind the wine list for the past 12 months and it will feature many ‘low intervention wines’, but with only a couple of cases of the stuff when it’s gone it’s gone. And if that hadn’t already got you excited, their first day of opening will be a soft launch where the food will be FREE and you just have to pay for drinks – but with no reservations you better be prepared to queue.