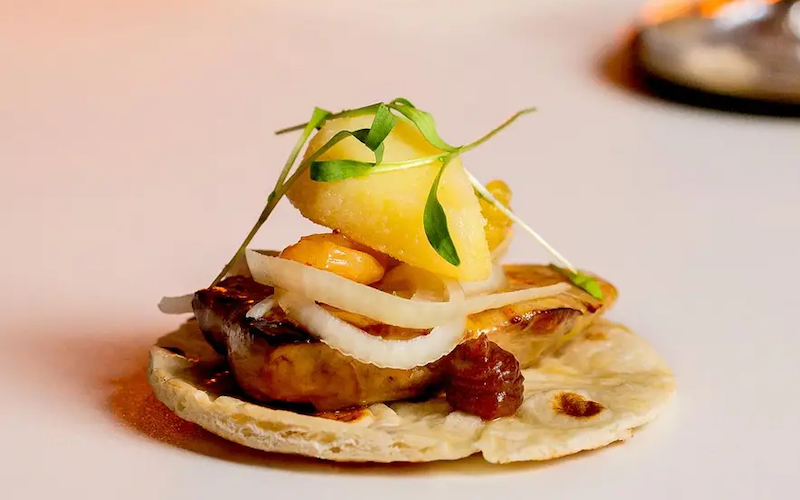 Well, it was only a matter of time. After sexing up the kebab with Le Bab and Maison Bab, they’re now taking it to the logical end point (at least in the context of London in 2019) with Kebab Queen, a restaurant that will serve a seven-course kebab-inspired tasting menu. As we’re pretty big fans of both kebabs and tasting menus, we’re definitely on board with this one.

The tiny 10 seat restaurant will be located in the basement of Maison Bab in Covent Garden. The Kebab Queen menu will be £60 per guest who will take a stool around the open kitchen to watch chef Manu Canales plate up dishes straight from the wood-fired grill. The menu kicks off with two starters including the Foie Gras Kebabito; a miniature, two-bite kebab of BBQ’d foie gras, and the Doner Risotto, a lamb jus risotto finished with shavings of lamb tongue.

For the fish course, a chargrilled shish kebab of monkfish, monkfish liver and chicken skin, is plated onto a charred cabbage leaf. The main course is a rum-aged Spit Roast Fesenjan Duck served with a crust of crisp Persian rice. To finish, there’s ‘Got Milk?’, freshly baked, sticky milk buns filled with caramelised cream and topped with crème fraiche sorbet. A wine pairing for £40 will also be on offer.