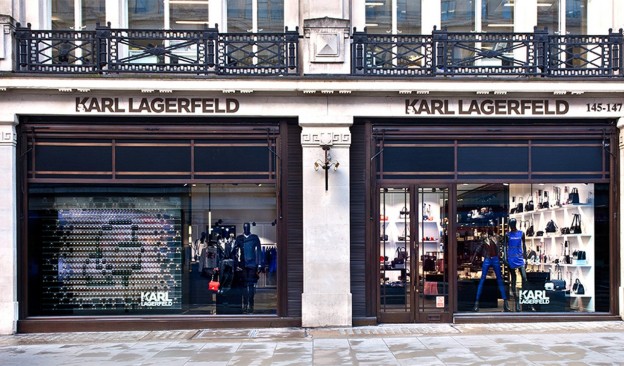 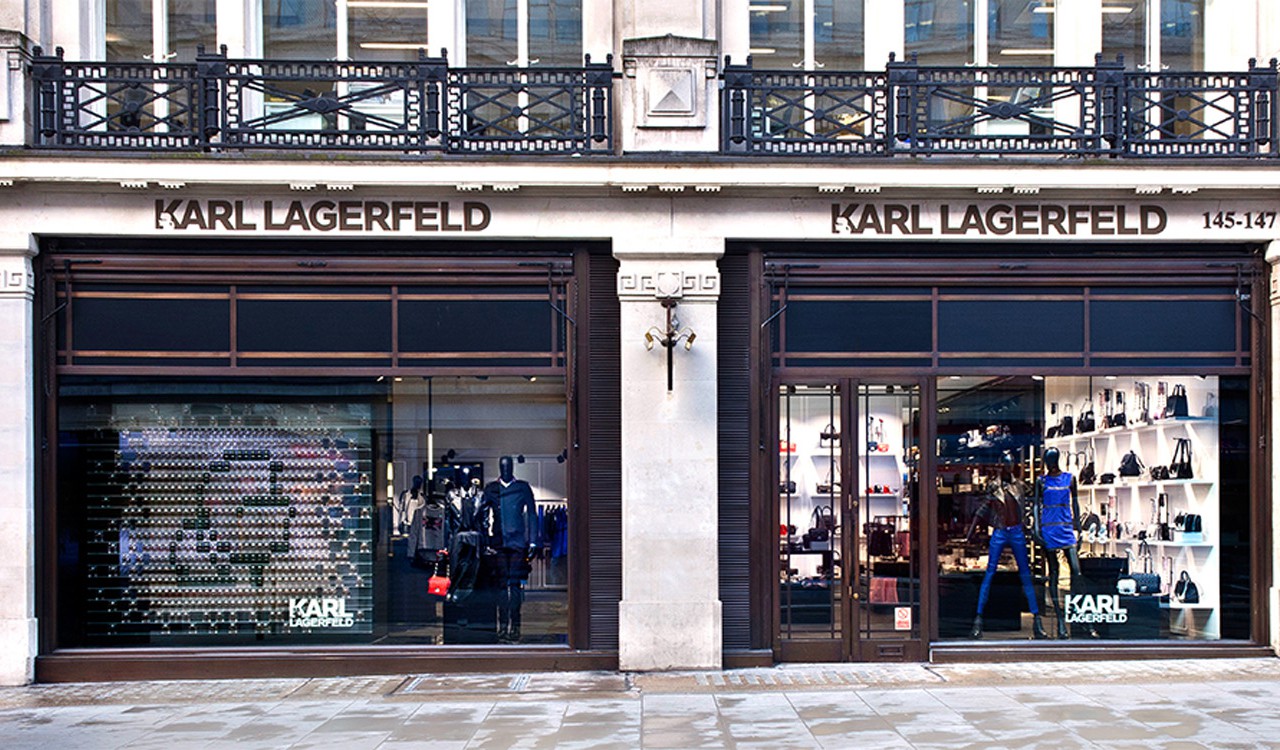 Shoppers can sign a digital guest book, to leave messages to Karl himself…as well as finding iPads next to the collection to interact with the pieces by viewing the runway show. The biggest draw is the wall of light that covers the whole store. 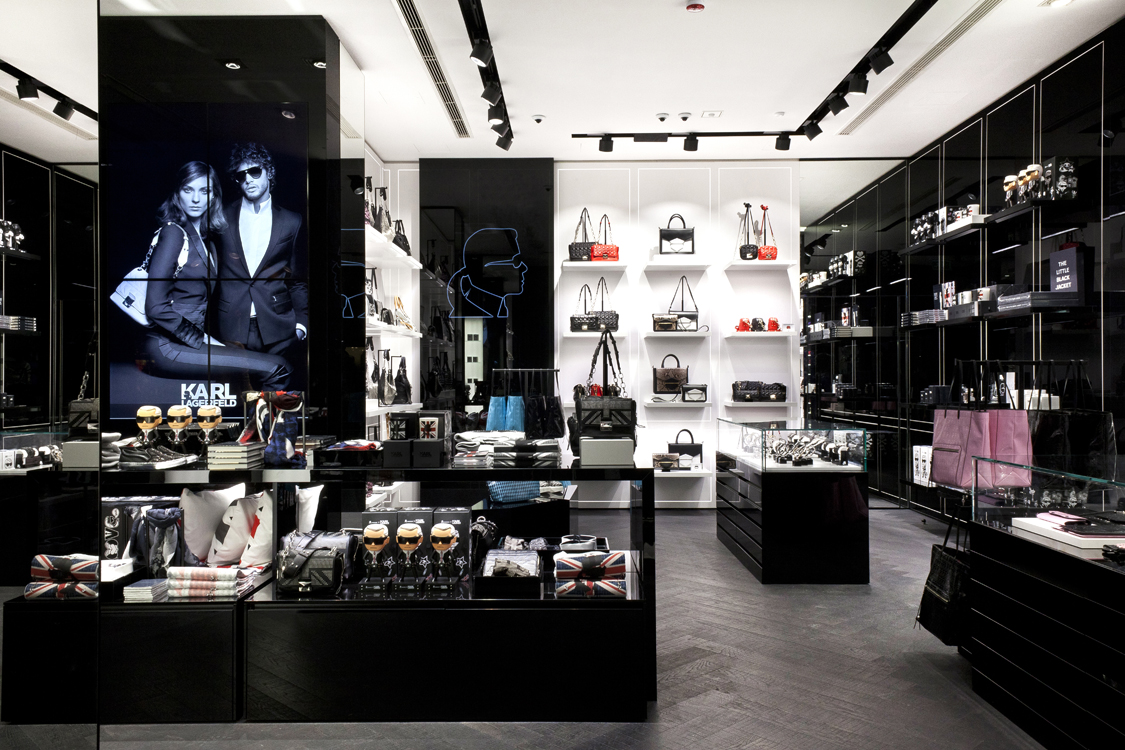 This high tech store mirrors the Chanel Kaisers love of technology…only rivalled by the devotion to his cat, Choupette. Vogue has described the designer as “the unparalleled interpreter of the mood of the moment”, and they aren’t wrong. Regent Street has just been given a store with cutting-edge digital technology, reactive to the lightening speed fastness of social media, as well as hub of iconic and gorgeous design at the forefront of affordable luxury.

CEO of Karl Lagerfeld Pier Paolo Righi has a love for London almost as much as we do, at the launch party Righi said “…London is one of the world’s leading cities when it comes to Retail and this location offers a unique brand mix. Our London presence will be a fantastic representation of our brand’s aesthetic, and it showcases our cool, accessible-luxe collections in a cutting-edge environment.” 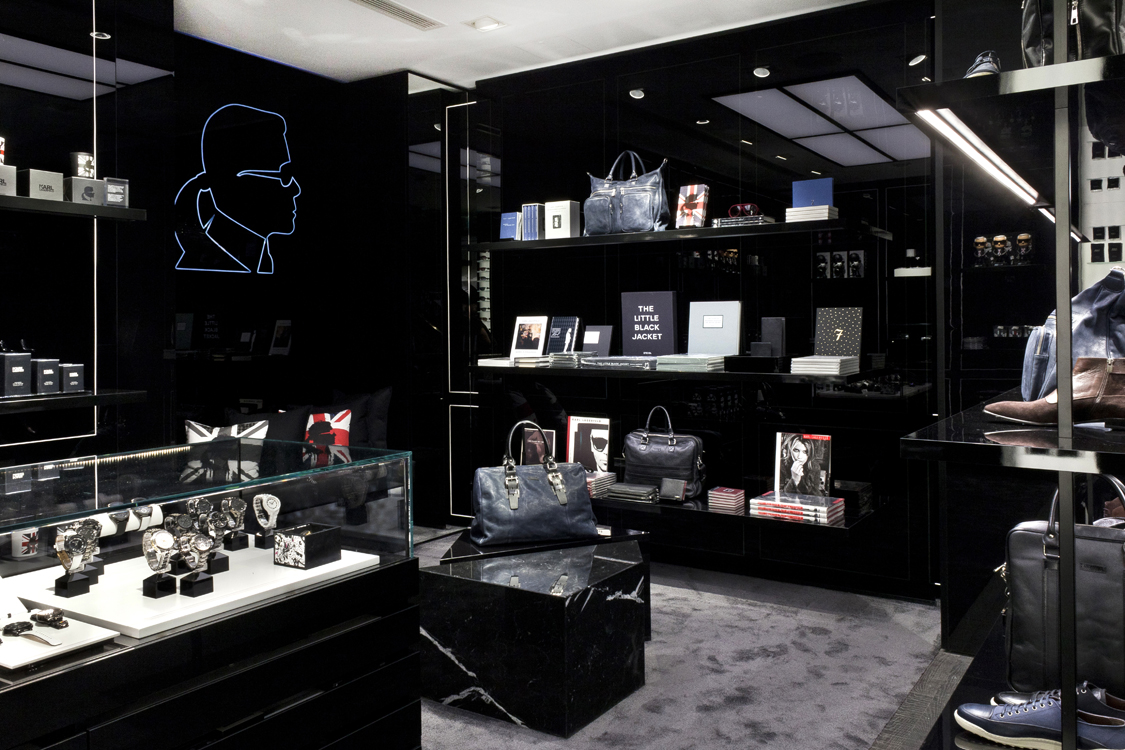 Karl himself is also a massive fan of our Capital. Saying he only rates two cities – Paris and London, speaking at the opening he declared London is ‘more fun’ and ‘more alive’ than in Paris…WINNING!