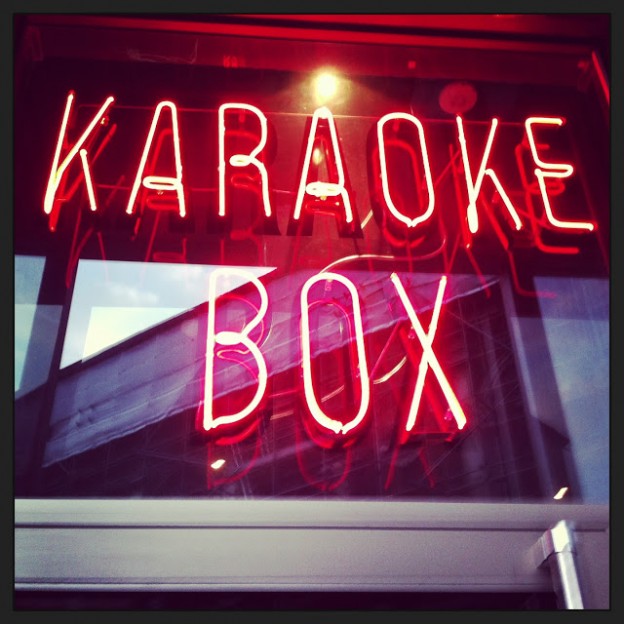 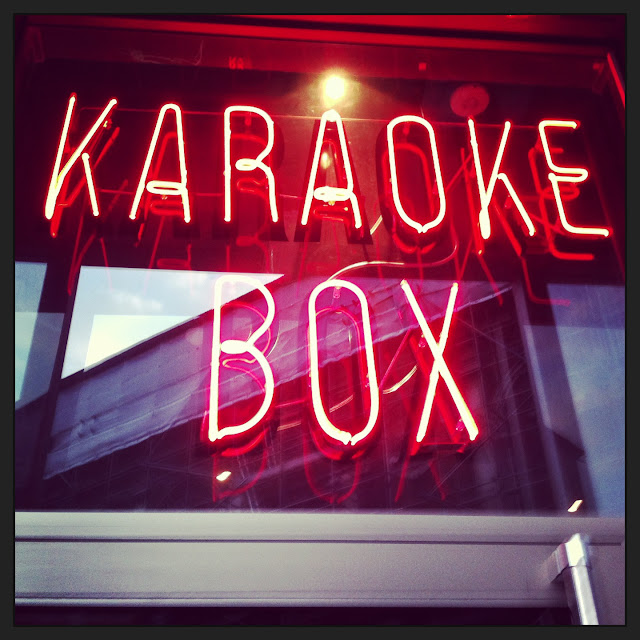 The venue itself is located in a basement, with no less than 16 rooms kitted out with leather seats and lights on a dimmer to set the mood…come on you gotta turn them down when it comes to those sexy Marvin Gaye numbers. Plus there was even a counter in ours which was great for those ballads, when you need to sit high and sing tall. There’s waitress service to the booth to stop you drying out with all that singing and there’s pizzas too if you get a bit peckish. Bloody hell what more could you ask for?

Karaoke Box have other venues in Soho and Mayfair too which offer a similar thing. Grab a mic and a bunch of mates and book a booth! Prices start from £20 per hour, split by four and it’s cheaper than a gym sesh, and you burn more calories….or perhaps that’s just us.