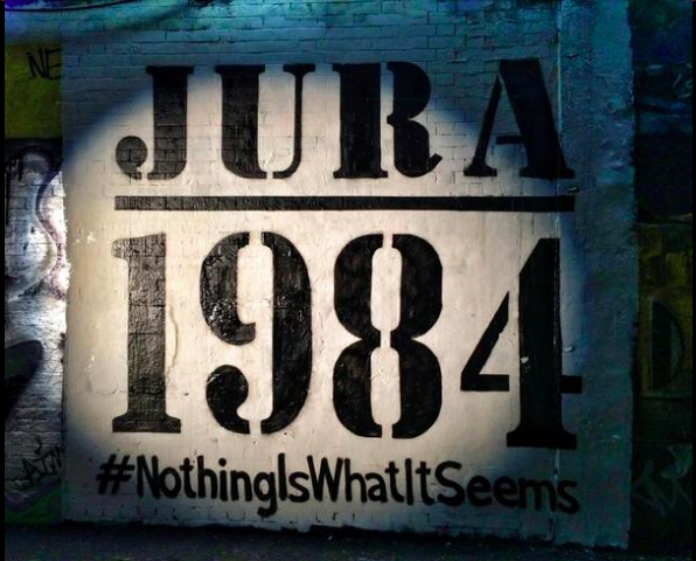 Now 1984 might draw in a few thoughts, and you would be right in thinking George Orwell, if that came to mind. George Orwell wrote his dystopian novel Nineteen Eighty-Four whilst staying on the island Jura, just off the West Coast of Scotland. The book follows themes of censorship, control and freedom and this was the inspiration for the Jura 1984 Vintage launch and our cryptic social messages as if there was no free media and we were being watch over by Big Brother… 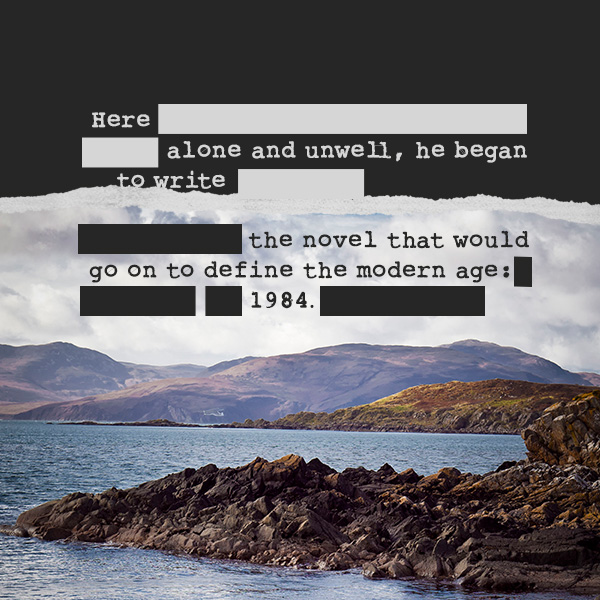 This was the theme at unveiling of the new whisky where rations were handed out, soldiers patrolled the floor shouting rules and protestors for freedom of speech were removed.

Luckily for us though, we aren’t living in George Orwell’s 1984 and the only rules on Jura is that you always use your left hand or right hand to drink whisky. We’ll drink to that and you can too, Jura 1984 Vintage is on sale now priced at £750 from all good whisky specialists.