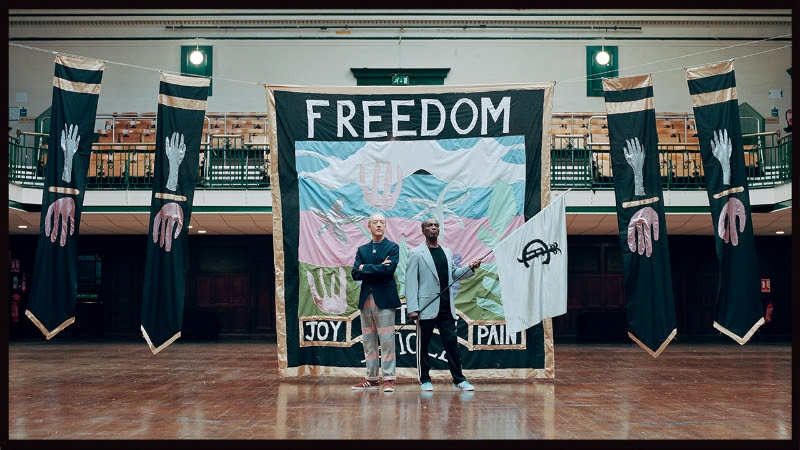 Josh & Tom, aka J & T are peddling along the promotion circuit with vigour having performed this morning live at London’s iconic Maida Vale studios for BBC6 Music and in session yesterday  with Radio 2’s Jo Whiley and with their album launch party kicking off on Monday night at Frank’s Campari Bar in South East London’s Peckham, its been a bit of a busy week for the Junglist Massive.

The video ‘Time’, directed by Oliver Hadlee Pearch, features more of the collective’s compelling dance routines which have featured heavily in their past videos, with Tom stating in a recent inteview with Jay Z’s Digital Online Culture Magazine, Life & Times, that “the dancing is really important because it’s the simplest way to interpret music, by moving your body”.