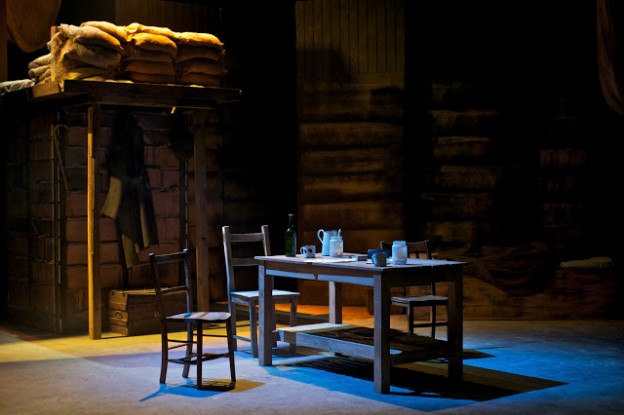 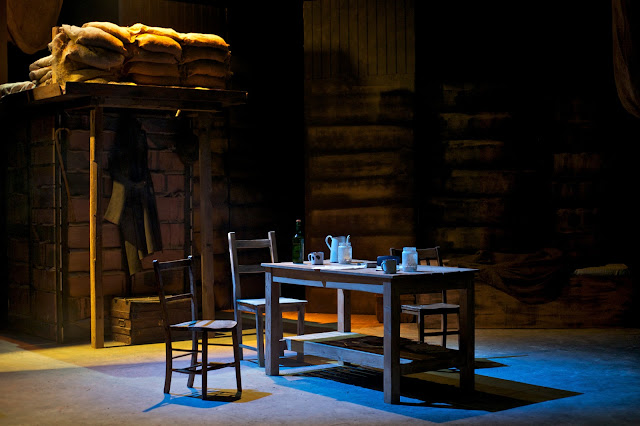 First produced in 1928 with Laurence Olivier as the lead, the play tells a story of bravery and brotherhood among a group of officers on the front line during the First World War. Directed by David Hutchinson, this go-round offers a solid character-driven experience by a worthy ensemble of actors. Stanhope, the officers’ flawed but well intentioned Captain (David Alywyn); the stoic and elder ‘uncle’ Osborne (superbly played by Liam Smith); the snivelling Hibbert (Adam Fletcher) – the motivations (or often lack of any) of Sherriff’s characters hold up well even after 85 years. With an innovative two tier set, designer Kemey Lafond presents a voyeuristic opportunity to look inside the trenches as one might peer into an ant farm.

Above ground events result in deep consequences down in the dug-out. The scurrying and decisive actions below seem desperately futile, and all the more heroic, when viewed from outside the set’s frame. A light hearted romp it ain’t, and – as the play’s title might suggest – there is no happy ending. Still, plenty of laugh out loud moments keep utter despair at bay. Steven George as the good natured and seemingly happy-go-lucky Trotter competently delivers comic relief to the cast and to the audience and offers a lesson in how best to cope in the worst of times. Journey’s End runs until Sunday 17 February – So if you want to go get down there sharpish!