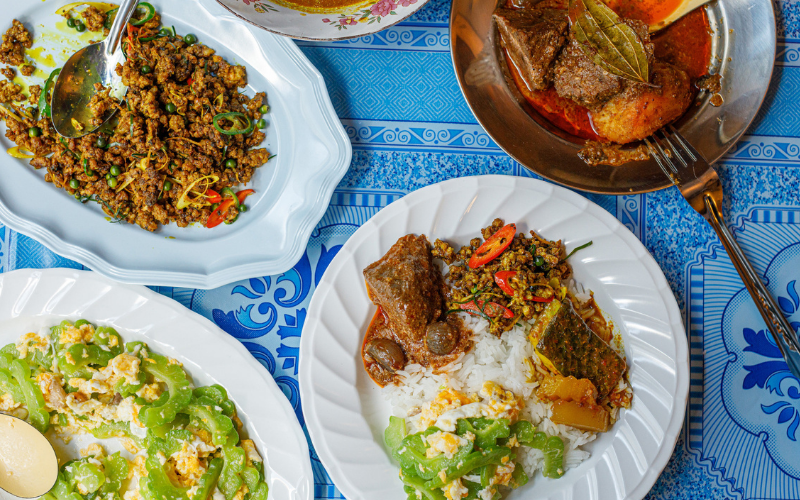 We’ve been waiting to see what JKS Restaurants have got planned for Arcade Food Hall, their rebrand of the Arcade Food Theatre space in the Centre Point Building on Tottenham Court Road, and now we’ve got deets on not one but two new concepts. The group is partnering with Luke Farrell, a chef and grower of Asian ingredients (he’s cultivated quite the nursery in Ryewater, Dorset) to open Southern Thai spot Plaza Khao Gaeng and Indonesian street food kitchen Bebek! Bebek!

Bebek! Bebek!, Luke’s take on a hawker stand, will be in the main hall and will have a night market-style menu featuring dishes like charcoal-grilled beef satay, spiced Bebek Goreng duck leg and crunchy Ayam Penyet chicken leg, kerupuk crackers, sambals and pickle-spiked salads. Bring it on we say.