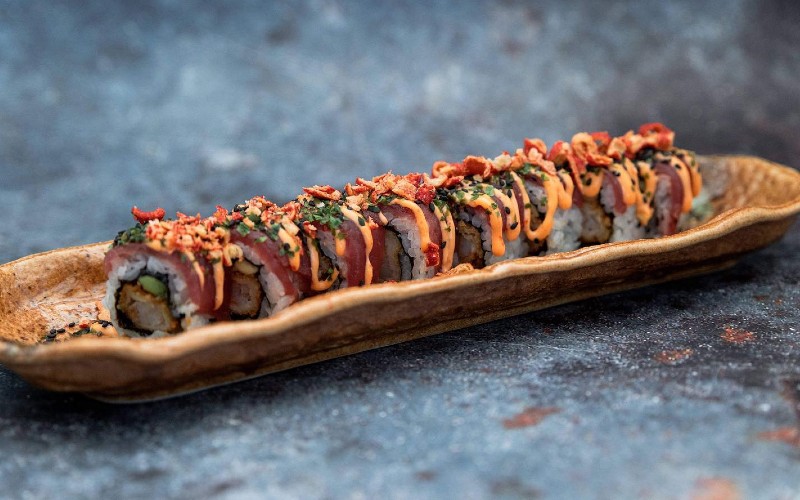 Apparently West London is where it’s at for Japanese fusion restaurants, the Japanese-Mexican Los Mochis has just opened in Notting Hill and now the Japanese-Peruvian Nakanojo is coming to Chelsea, taking over the old Busaba site on the King’s Road. First-time restaurateur Josh Ahmet (he’s also a property developer and martial artist) is behind Nakanojo, which’ll serve up a casual-fine dining take on Nikkei-inspired food; no menu deets have been revealed yet but photos of sashimi, sushi rolls and ceviche have been shared on social media. We also have an idea of what the place is going to look like inside, with other images showing dark wooden walls, wooden tables, a planter full of green foliage and a geisha graffiti mural on one wall. That’s about all we know so far, so check back here for more…