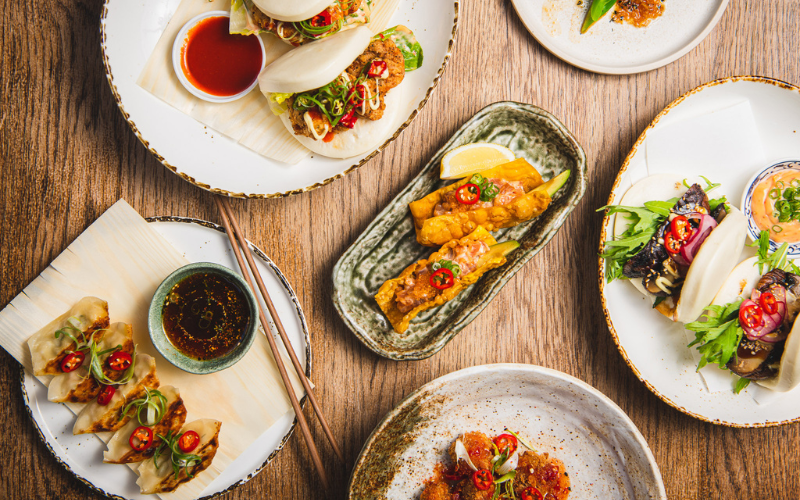 Cocktails, bao buns and comics are coming to Marylebone as Japanese izakaya Manga Banga opens in the ‘hood this July. Manga, a style of comics and graphic novels developed in Japan in the late 19th century, will be represented through a feature wall covered with over 100 manga magazine covers and a mural with fun depictions of Japanese dishes.

Once you’ve had a good look at the interiors, you can tuck into a range of bao buns with fillings including twice-cooked pork belly with peanut soy, miso-yaki portobello mushroom with Japanese BBQ sauce, Korean fried chicken, and sticky wagyu short rib with ginger teriyaki glaze. There”ll also be small plates like crispy baby squid with yuzu kosho mayo, bang bang cauliflower, veggie gyoza, seared salmon sashimi with yuzu soy & ginger, and spicy tuna tacos with scorched chilli salsa, and given it’s an izakaya, there’ll be plenty of drinks to keep you going too.