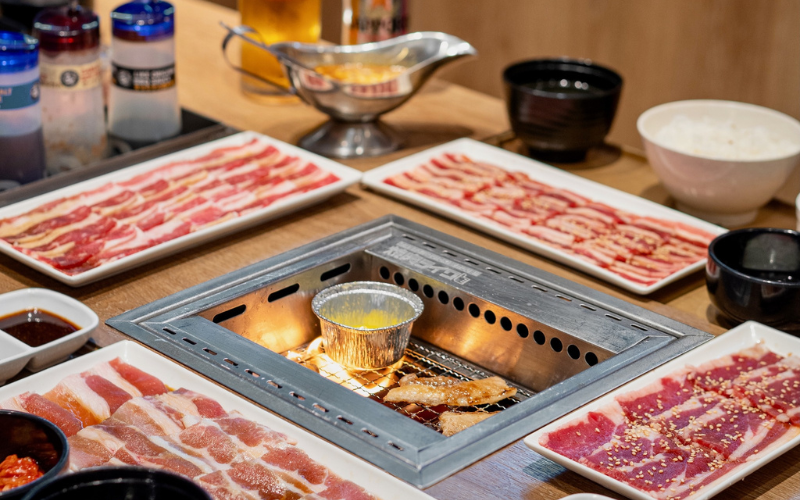 Following in the footsteps of Marugame Udon, Japanese fast food chain Yakiniku Like is expanding out of Asia and into Europe with a site set to open in Soho next year. The group already has over 260 locations across China, Taiwan, Japan, Singapore and Indonesia, and this latest venture will mark its European debut. The Japanese barbeque joint is centred around grilled meat (yakiniku means grilled meat in Japanese) that you cook yourself on smokeless table grills and eat alongside accompaniments such as rice, seaweed soup and kimchi.

The new opening comes from the same people behind another Japanese barbeque spot, Kintan, which bills itself as the city’s first authentic yakiniku restaurant. According to their website, the focus of this new grill spot will be on solo dining, with tables set up to optimise one-person yakiniku. And if their other outposts are anything to go by, sounds like meals here will be cheap and cheerful, with meats such as beef, kalbi, harami, wagyu, beef tongue, pork belly, chicken thighs and more for roasting.

With the number of Yakiniku Like locations currently in operation worldwide, it seems pretty safe to assume this one’ll be a success. So, if you fancy some BBQ outside of BBQ season, you’ll know where to go.