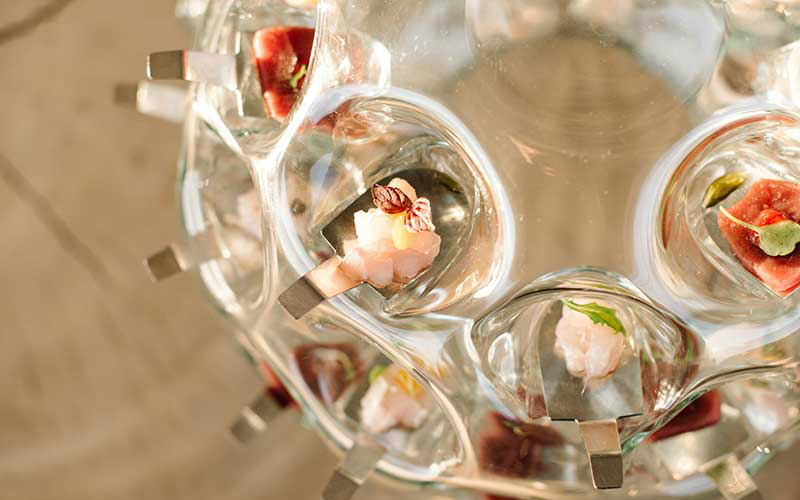 The news of IT Ibiza coming to London was announced over a year ago and now it’s finally arriving in Mayfair this November, with the restaurant group managing to squeeze in opening in Milan between then and now. IT London will be taking over a former gallery, keeping part of it as a function space and introducing a 100+ cover restaurant. Like the other IT restaurants, the food comes courtesy of Gennaro Esposito (who also runs the two-star  La Torre del Saracino) so you can expect a Mediterranean-influenced menu.

As well as thin crust Neapolitan pizzas, dishes will include Nocellara olive soup with almond fennel puree and scabbardfish, spaghetti al pomodoro and the glass ball showstopper – a selection of raw fish served in a glass ball (duh!) sculpture that’s sure to get a lot of love on the ‘gram.