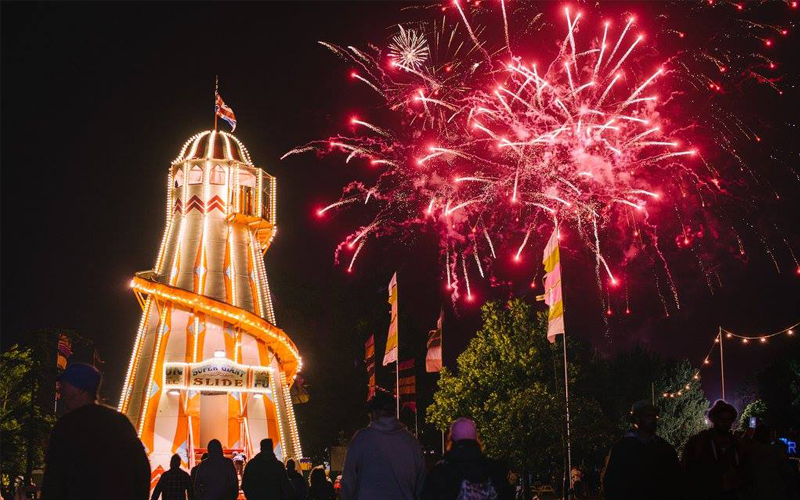 Whatever your political persuasion, this weekend brought something we can all agree on – another full-on weekend of fun courtesy of the Isle of Wight Festival. Despite fear of rain, this year brought a (mainly) sunny weekend packed to the rafters with quality music from Arcade Fire, The Wytches, Clean Bandit, PINs, The Aamzons, The Undertones and more. Highlights included legends Texas taking to the stage of their first IOW with ease and a super enthusiastic Catfish and The Bottlemen winning the LOTI award for most fun any band’s ever had on stage. Can’t miss moment, however, went to a 72 year old Rod Stewart who had us all thinking he was sexy after a mega show of hits.

With areas such as the Old Mout Kiwi Camp featuring Gospel-eoke (that’s karaoke with a full gospel band backing) and rockeoke (that’s karaoke with the backing of a full rock band), the Electro Love tent with giant Rubik’s cubes and head to head 80s music courtesy of DJs and cover groups, The Kashmir Cafe where Wheatus played (sorry, we forgot everything else when we heard Wheatus were playing) and the Jack Rocks and Hard Rock stages featuring an all you eat buffet of live music there was someone for everyone in IOW’s typically diverse crowd.

Food and drink saw just as much choice with more than one vegan van and for the more dairy fancying festival goer- mac and cheese menus for every occasion. Kebabs saw an elegant upgrade from your typical festival doner meat and pittas and of course, there was plenty of craft beer and cider to wash it all down (or champagne by the bottle if you’re paid mid-month!)…Theresa who?