So what is Dingo? Well, Dingo is an app that allows fans to buy and sell spare tickets to music gigs, concerts and even festivals at face value or below. So no more paying through the nose, no more danger of being mugged off, conned, beat up, spat out or put into the boot of a Vauxhall Astra and driven off up to the North Sea…we heard a story once, thats all we’re saying. 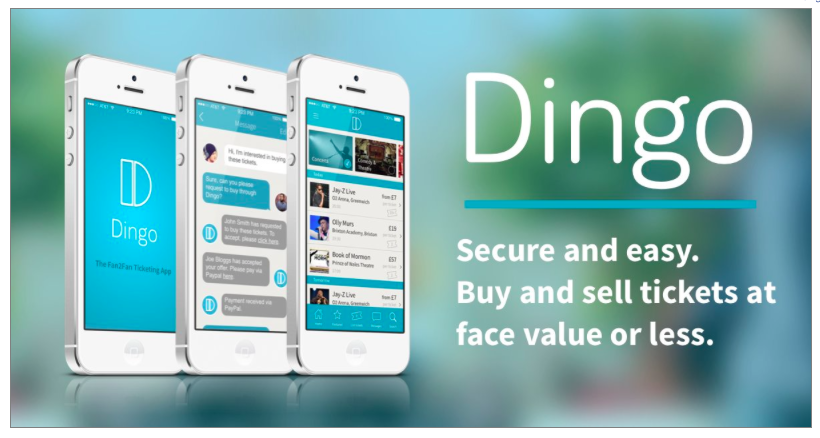 Dingo is a platform that connects buyers and sellers directly. Payment is taken within the app and Dingo holds the money until 48 hours after the event to ensure the transaction was completed. Users can chat to each other within the app to arrange delivery of the tickets. It’s great for last minute purchases to catch things you only just found out about. Plus, it’s been designed for simplicity…tickets can be listed in 20 seconds. Payment is a couple of taps. Bish Bash Bosh who’s a clever boy then…we’re in to see the bloody Maccabees or something…you’ll be saying! Perfect for busy Londoners who want a quick transaction. No fuss. No-nonsense. It’s like being 14 and having your parents look after you. Safe as houses.