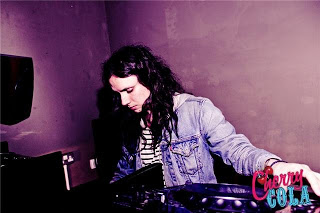 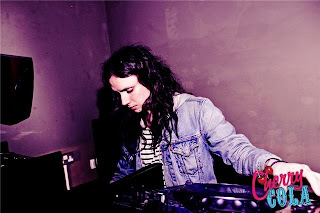 Us: LondONtheInside loves a bit of Cherry Cola, what made you start a club night?

Alan: I was so bored of going to ‘indie’ nights that just would not play good music so thought I’d start something up myself. This was about 2 years before every Tom, Dick and Harry on Facebook started a club night.

Us: You have moved homes a fair bit, is that something you always wanted to do? Where has been your favourite venue?

Alan: Cherry Cola been at 6 venues within 2 and half years. I couldn’t pick the best as they have all been good but for different reasons. Masters Club in Soho is where it started but it was very, very small and we out grew it. The Prince of Wales worked very well because it was off the main road in Camden so we didn’t get any passing trade, only people who wanted to be there for the music. Now it’s at The Macbeth and I think this is where it is most suited to date.

Us: What does 2011 hold for Alan Beeby? Any exciting things coming up?

Alan: 2011 is looking good! I am hosting a brand new one day festival in and around Shoreditch using 5 live music venues. One wrist band entitles entry to all venues, You can check out the website for more details www.eastbyeastfestival.com. I will also be doing alot more big live music events, already have a few booked in at a 800 capacity venue!

February will see the return of Cherry Cola although there isn’t a date confirmed….yet!

Us: So obviously you hang out at Cherry Cola, but where does Alan like to go in his free time?

Alan: I spend alot of time at The Bathhouse in Liverpool Street, it’s just an amazing venue and always has a great crowd, and The Enterprise in Camden is still a favourite pub of mine.

So if you like your rock’n’roll Cherry Cola is the place to go, and there just so happens to be an extra special Cherry Cola taking place on New Years Eve. What’s more Alan has generously donated two tickets for you lucky people to win!

All you need to do is email us at couplesontheinside@gmail.com with the subject “Cherry Cola” and tell us which song you’ll be rock’n around to this Chrimbo. (note – you can’t rock out to “Last Christmas” it’s just wrong!) The comp will be drawn on Dec 17th….

The New Years Eve event promises to be the best Cherry Cola yet with two bands performing live, a fire show from Kitty Bang Bang and three of the best DJ’s on the circuit. Tickets are only £12 but be quick they’re selling like hot cakes….