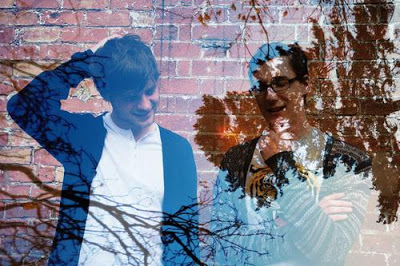 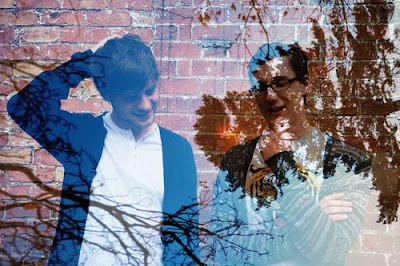 Their sound is twinkling technotronica, occasionally straying towards rave, but thematically and lyrically they are surrounded in mysticism, occult shamen of the future. The visuals show a journey through space and time, interspersed with clips and sounds from long-forgotten movies. It feels like a heavy duty weekend bender on LSD – in the best possible way. We caught up with them to try and understand what they‘re all about.

US: Moscow Youth Cult have a very distinctive sound. Where do you draw your influences from?

MYC: Our biggest inspirations are VHS horror movies, old B-movies that are terrible and brilliant at the same time. That’s the one thing people should know before they come to one of our shows. Musically, I think we’ve drawn a lot from bands like Fuck Buttons, Boards of Canada and Telefon Tel Aviv.

MYC: I’ve been listening to a lot of Sufjan Stevens, and the new Salem record is great. My favourite album of last year was The National, I just love how genuine they are.

US: Which of your songs would you recommend to people who’ve not heard you before?

MYC: Our most accessible track is probably Girls Of Boredom, it’s the nearest thing we’ve done to a pop single!

US: If money were no object, what would be your ideal visual accompaniment to your music?

MYC: Lots of gore, people getting torn apart by monsters, that sort of thing. Maybe we could get Dario Argento to direct it…..

US: What are your favourite venues to play in London?

MYC: We got a great reception at the Buffalo Bar in Highbury and I really liked Metro at Tottenham Court Road before they demolished it to build a railway line. The best crowd we ever had though was in Sheffield, there’s just something about the Yorkshire people! The best gigs that we’ve been to would be Radiohead, The Pixies, My Bloody Valentine and Arcade Fire.

US: Where do you stand on the digital music debate?

MYC: We can see both sides. Personally I love owning physical music, there’s a unique feeling to vinyl. Also, this is a business and an industry, if everyone downloads free music, there’s no money to fund the artists and the whole thing collapses. Digital music is just so convenient though.

Us: What other tips do you have for Londoners?

US: Aside from Londontheinside, where do you get your music information and reviews?

MYC: The ones I read regularly are Hype Machine and Sweeping the Nation, a great site that does wonders for the Midlands music scene.

Moscow Youth Cult have such a unique style and aesthetic that they really deserve to find a niche. Their doom-laden yet dreamy electro sounds very modern and relevant; these times of recession feel dark and people need an escape into fantasy and Moscow Youth Cult are perfectly placed to take you on that journey.

Club The Mammoth is the last Thursday of every month at Queen of Hoxton. Next event is Thursday 26th May featuring live sets from Cold In Berlin, Eels on Heels, Severin and Your Other Lover.