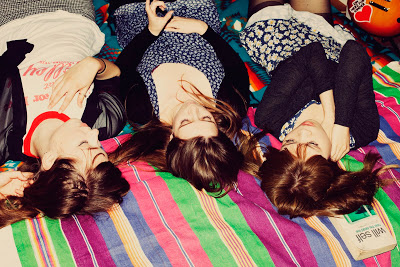 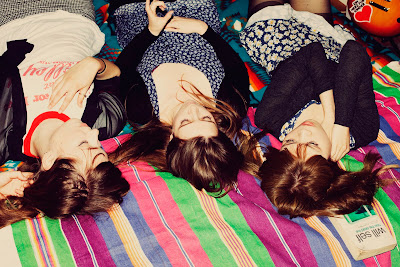 US: Tell us about your influences and how they shape your sound?

NOVELLA: Between the three of us we have fairly varied taste in music, but in terms of what influences our sound and song writing we tend to lean towards similar bands and sounds, which is pretty much why we decided to form a band with each other. Bands like MBV, Brian Jonestown Massacre and Further all make a lot of noise but still manage to remain melodic. We like catchy noise.

US: How did you find 1234 fest, we were quite excited about your performance. Who else did you see?

NOVELLA: We really enjoyed 1234, it’s probably the most people we’ve ever played to before… Other bands we saw were Advert, History of Apple Pie, Toy, Clout! Echo Lake, who were all really amazing.

US: Tell us about your limited edition 7” and this song song about New World Order, mass suicide and the tribute to Brian Jonestown Massacre?

NOVELLA: We had recently watched a number of documentaries about cults and end of the world theories and were interested in what drives people to become part of these organizations and commit mass suicide, and the song ‘Oh Brian’ became about this. We are also massive Brian Jonestown Massacre fans and think this is a fitting tribute to them. ‘Oh Brian’ is the b-side to our single, ‘The Things You Do’, which is out 15th August on Dirty Bingo.

US: What does the rest of the year look like for Novella?

NOVELLA: We’d really like to play some gigs outside London… We’re hoping to release our second single in the autumn and then maybe tour later in the year.

The Things You Do by Novella.