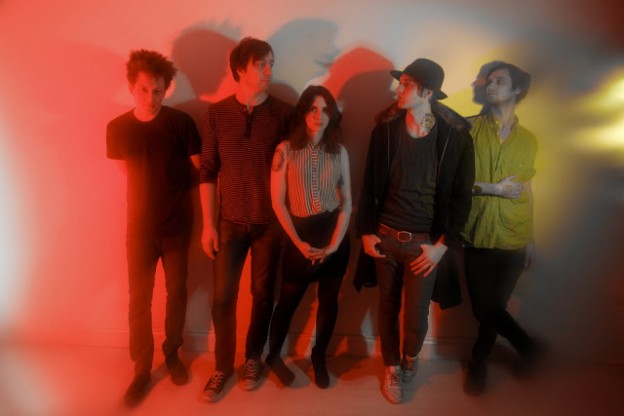 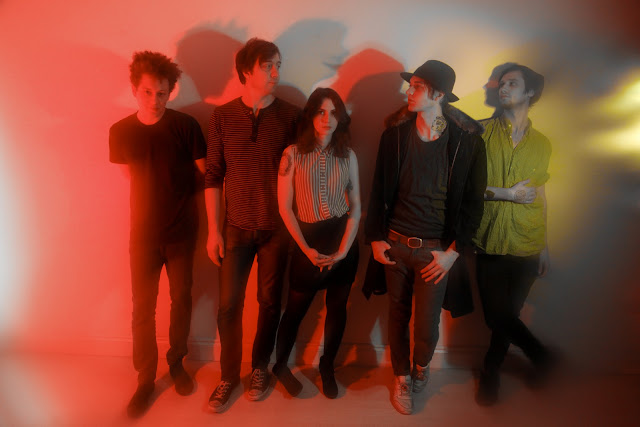 US: How did guys get together and where did you find your name?

EXLOVERS: Pete and Chris are old friends from growing up in St Ives. Brooke and Laurel were go-to people when Pete was recording bits and pieces, and Danny was found wondering the streets of London after accidentally falling asleep on a southbound train from Manchester. The name is pretty accurate port of our dysfunctional relationship.

US: Tell us about your latest single ”Blowing Kisses”?

US: Your sound holds certain charms of bands from the 90’s, amongst others which seems to be the fashion right now, is this intentionalor is this just the kind of music you like to make?

EXLOVERS: It’s kind of a blessing and a curse that 90’s sound seems to be coming back. On one hand, it’s great because people are into our sound, but on the other it might be construed as jumping on a pre-conceived fashionable bandwagon. In the most part, our individual tastes differ quite a lot but 90’s indie and all the Britpop stuff was the bread and butter of our youth and it’s where our influences all meet. Our sound came about quite naturally just because that’s what everyone likes.

US: What bands are you listening to at the moment?

EXLOVERS: Pete’s absorbed in the world of Sparklehorse. The National totally captured my imagination when I caught a free show of theirs when I was over in Brooklyn in the summer. And Bright eyes’ new record has been getting a fair few plays in the van.

US: How does the rest of the year look for Exlovers?

EXLOVERS: Its a really big year for us- we just recorded the album so right now is the point that 3 years of hard work writing, touring, recording, arguing, and making up all come together. We’re so happy with the record but nobody has heard it yet and we have to wait till September/October time until it’s released to see how it’s received, so in the meantime we’ll keep ourselves occupied with a few support tours and festival dates, then we should be ready to tour the album.

Thanks to Nadia, Young & Lost Club