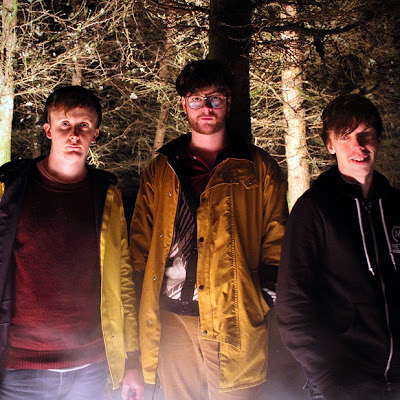 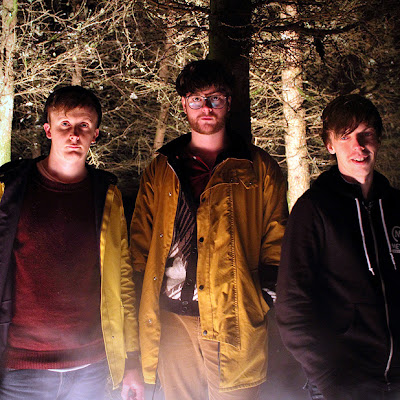 US: So how is the world of Mathid House these days?

STEEV: I haven’t really been looking after it recently, think it’s probably a bit wilted by now. I’m not sure what idiotic compound phrase we would use to describe our music these days, perhaps I’ll leave that up to journalists to decide.

US: What made you decide to add vocals to this record, did you feel the need to make an album with vocals before the world ended?

STEEV: It’s something we’d been discussing for a while and I guess a lot of the music we’d been listening to leading up to the recording of Have Some Faith in Magic was using vocals in a more interesting and less traditional way, things like Panda Bear, Hyp Williams, Oneohtrixpointnever etc. We were keen to treat vocals as another instrument so it’s more about the effect that the sound of the vowels has rather than what the words are saying. The “lyrics” are mostly stream of consciousness so they often don’t actually make any sense written down.

US: Also there is more change…you have converted to a three piece, how will you combat this live and what will you do with the spare seat on the tour bus?

STEEV: We’ve got a lot more in the way of equipment, the live set-up up has become quite complicated in some ways but more easy in others. We’re using a different program now for the computer which means that the changeover between songs is instantaneous which should result in a better flow in live performances. We’ve been rehearsing non-stop since we finished the new record so we’ve worked out a way of doing the new stuff with a man down and with more equipment. Greg will be sorely missed on tours, we were keen not to replace him with another musician so instead we just bought more gadgets. His seat will be taken up with piles of drugs and money now.

US: Where do you get the names of you title tracks from?

STEEV: Most of them are just to do with what we were up to when we started the tracks since the computer requires a project name whenever we start a new song. “Earthscore” is so called because I was watching a film called “At the Earth’s Core” whilst I was demoing that one, that title probably ended up affecting the song, with all the tribal drums and chanting and stuff. “Blank Media” was because I walked past a stall selling blank media before I came to the studio the day I started it. Most don’t really relate to the music probably, there were lots of working titles that we ditched because they didn’t work so well.

US: What was the last record your bought and yes we do mean vinyl?

STEEV: Simon recently bought the re-mastered vinyl of an old German synth band called You, the record is called “Time Code”, I don’t tend to buy new records on vinyl but I do buy second-hand records constantly, the last record I bought was actually Enya’s 1988 masterpiece “Watermark”, it’s a good DJing tool that one- “Orinoco Flow” always goes down well in any pub.

US: What bands are around at the moment that excite you?

STEEV: I bought the last Sun Araw record a few weeks ago and it’s one of those ones that I’ve not stopped listening to, I’m looking forward to seeing him when he comes to Glasgow.

US:  Is there anywhere in London where you like to hangout when you are here?

STEEV: I always try and schedule a visit to the British museum when I’m there depending on what’s on. Most of the time we leave straight after London because we’re playing in Brighton the next day and our driver wants to get a good parking space. Sorry, it’s a really boring answer, but it’s the truth. I haven’t been out in London in years, not since the days of us paying Madame Jojo’s, but I dunno if that’s changed a lot in the last few years. None of us are big club fans, we usually prefer quiet pubs where we can sit and talk shite, read the newspaper and drink a cheap pint.

Errors new album ‘Have Some Faith In Magic’ will be released on January 30th 2012 on Rock Action Records. You can download ‘Earthscore’ here for free…