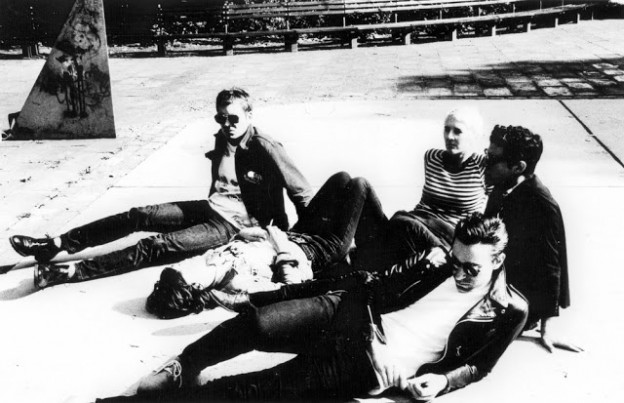 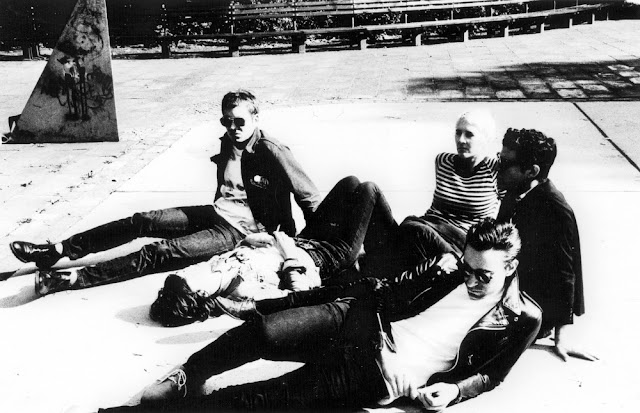 US: We first caught you supporting APTBS at Heaven Under the Arches where you blew us away, talk us through some of the highlights since then to now?

CHARLES: That gig was definitely a highlight. Sleep Forever had just been released and we were the belles of the ball around Europe. I can’t wait to play Heaven again. Since then, there have been too many recount. It’s all working up to our new album. That’s the cycle of an artists life.

US: What music influenced you growing up that shapes your music today

CHARLES: My father was an avid record collector and so I had him constantly throwing things on my bed and saying “listen to this some time.” We listened to every style of music together, from jazz and blues to punk and metal. Four albums that he turned me onto that for Crocodiles seems relevant were Richard Hell and Voidoids, David Bowie, Iggy Pop, and P.I.L. I think Brandon and I share fond childhood memories of listening to oldies radio with our parents as well.

US: You live show is always delivered with a lot of energy, do you purposely try and get the crowd to react to your performance?

CHARLES: It’s the only way we know how to go about performing our songs. We rehearse the hell out of them and the rest is decided on the stage during the gig.

US: What new music is getting you excited right now?

CHARLES: I’ve been listening to Ganglians newest album constantly. I also like Boy Friend, Young Boys and Brandon just turned me onto a wicked Babies tunes called “Breakin The Law.”

US: What can we expect from the new record, what songs and sounds are standing out from it for you?

CHARLES: It was recorded with our live band so it’s instantly going to sound energetic maybe even slightly unhinged at times. This’ll be our Freewheelin’ pop album. We worked hard on the melodies and really attempted to sonically eclipse what we had achieved before.

US: When you are in London where do you like to hangout/eat/drink?

CHARLES: I am living in Shepherds Bush now and because of it’s location Portobello Road is about as far east as I go these days. I have several local favourites on Goldhawk and Uxbridge like the British Queen and Princess Victoria. The Defectors Weld is also cool. However, my hands down favourite pub is The Andover Arms in Brackenbury Village.

US: Charles you have a side project going, tell us about that and how do you balance Crocodiles stuff?

CHARLES: The project is just an album of songs that my girlfriend and I recorded a few years ago. There will be no balancing needed. She and I played our one live gig and that’s all we’ll ever do.

CHARLES: It appears like we’re going to tour the states pretty heavily. This pleases us all as we neglected it a bit last year. However, I am looking forward to playing a gig in London on a boat!

US: If there was one song you which you had wrote what would it be and why?

CHARLES: There are so many of course but in my opinion doo wop classics like I Only Have Eyes For You and In The Still Of The Night are the songs I am most envious that I was not alive to write first.