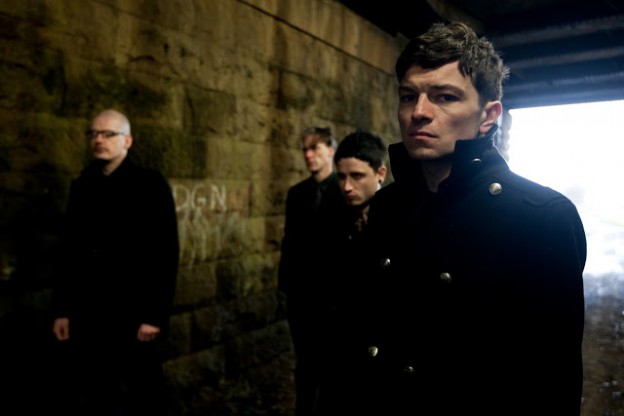 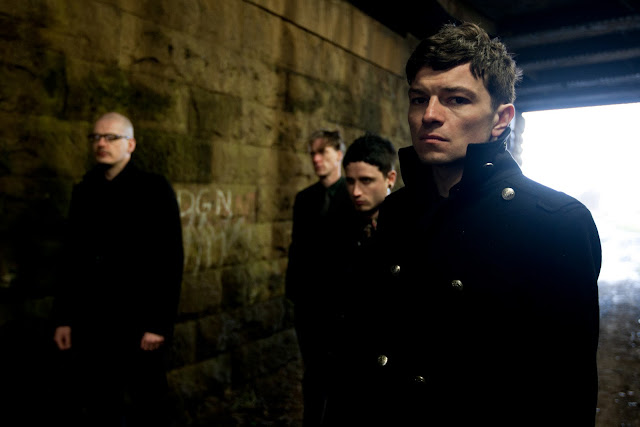 US: Hi guys, I remember seeing you play at Uncle Albert’s in Middlesbrough back in 2008, you’ve come quite a way since then. How does it feel looking back to that point a couple of years into you career to where you are now?

KINGSLEY: There used to be a bit of graffiti on a wall in Stockton town centre (in an area that was in the process of getting “redeveloped” and made to look like every other town centre in the country) that said “MUCH HAS HAPPENED LITTLE HAS CHANGED” and to be honest that’s how I feel about the whole thing. Possibly due to the fact that I’ve got less money now than when I was getting a pound pocket money every week or that I was brought up to be pretty level headed I just like to let things happen – what will be will be. I think if you start believing your own hype or attempt to change your personality to suit your success or failure then you could be heading for serious trouble. We worked hard to get to where we were in 2008 and we’ve also worked hard to get to the point we’re at now – it’s just the way we function. 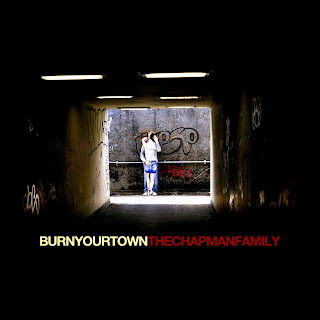 US: It took a while to get ”Burn Your Town” together and announce a release date, was this intentional?

KINGSLEY: It’s been difficult for us but at the end of the day you only get to release your debut album once and we wanted to make something that we were proud of as opposed to a crudely put together collection of a couple of singles with seven or eight tracks of filler shoe horned on the end. I’ve listened to so many debutant albums by bands over the last five years and you can almost hear the cash tills ringing in some sections or the rush of record companies executives flapping about waving chequebooks furiously trying to jump on the “next big flash in the pan” bandwagon. We didn’t want that. In all honesty we could never do that anyway as we’ve never been remotely fashionable enough or a white hot flavour of the month to be in that position – ironically both have been factors that have made it acceptable for us to take our time a little in writing and recording. Bad luck has turned out to be a bit of a blessing in a way.

US: Whats the best thing about ‘Burn Your Town’?

KINGSLEY: The best thing about “Burn Your Town” for me is that hopefully people will see that we’re not just some cartoonish bunch of sweaty northern English monsters who only play distorted three minute songs full of shouting. When we had a little bit of notoriety in 2009 I was aware that we were sometimes getting portrayed in that way by some sections of the media but as we were a little bit naive at the time there wasn’t really much we could do about it. We designed the album as a complete piece – not an iTunes compilation – and we wanted what I would describe as a “proper old fashioned album” which essentially meant that we had to fight pretty hard to deny certain possibly more hit-friendly songs a place on the tracklisting over less immediate but more inkeeping and atmospheric ones. The listening experience for us needed to have ups and downs or moments of rush and melancholy. There’s a four minute pure noise section that’s (in our opinion) necessary inclusion was pretty difficult to explain to the record company!

US: You have just been on tour with Joy Formidable and are currently supporting O’Children, are there any stories you would like to share with us from either tours?

KINGSLEY: We had quite a few but let’s be honest they’re really just the usual “little band on tour” style boorish tales of bad drink and worse luck. Do you really want to hear about how Paul downed a four pint concoction of milk and vodka in Birmingham or how Phil tried to get his car keys out of a drain in central London by pretty much diving head first into it dangled by his feet by our soundman? The majority of what I remember from the tour is of usually waking up in a horrific state under the Travelodge TV table wrapped in a sheet and clutching the Gideons Bible. What people don’t usually understand is that 99% of “bandlife” is pretty boring and unglamourous – cramped into the back of a splitter van that smells of fast food wrappers; sat in a venue for hours on end waiting for mind-numbing soundchecks to finish; not being fed for days on end etc. When you sign up to rock and roll no one tells you this. If you’re in it for glamour or money, you really should give up.

US: When you’re in London is there any places you like to hangout/avoid?

KINGSLEY: Our manager lives in Camden so when we come down we inevitably end up spending quite a bit of time there. I like it because it never really changes much and it’ll probably stay at the same freaky level until the end of time. The streets are full of people who all look like they’re from different musical genres and you simply don’t see that on the streets of Middlesbrough. No one ever gets mocked for how ridiculous or un-ridiculous they look – it’s quite idyllic really – even if it is full of people trying to sell “I LOVE LONDON” t-shirts. I like coming to London but I don’t think I could ever live there. Even though we’ve been to the capital countless times in the last few years to play I still feel a bit like a tourist. The first time we played there in 2006 I think I was more excited about seeing the Telecom Tower than actually playing the gig as it was where Noel used to deliver his presents.

US: Your a rather noisy and dark band, which is what we love about you, are there any other bands you have come across that excite the angst in you?

KINGSLEY: Unfortunately for the last year all I’ve done really is listen to my own music in various mixes or permutations of tracklists. For instance, every single time I’ve been in my car going to and from work or going to my girlfriends house or even driving down to London our own album has been stuck in the player continuously whirring around in it’s ever changing, ever improving continuous Chapman loop. If I ever did accidentally turn the stereo on and it was accidentally “Burn Your Town-less” it’d usually be some horrific breakfast quack-quack-oops style “light entertainment” show that I’d turn on which to me is only slightly more preferable to crashing into the central reservation.

Special thanks to Holly for sorting.