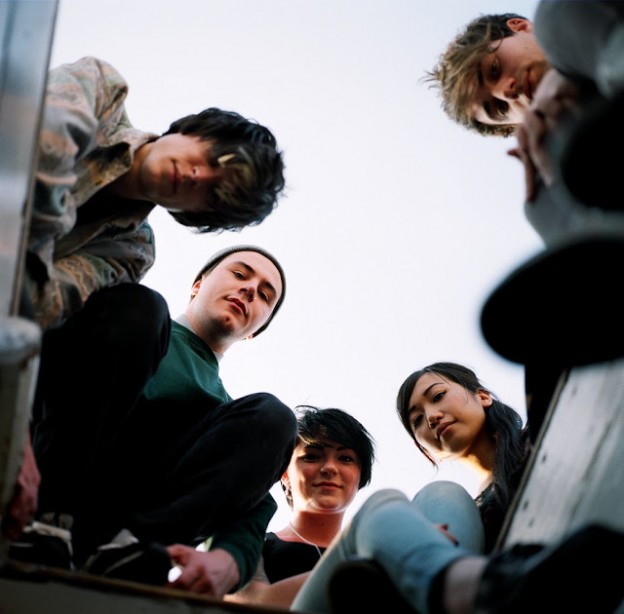 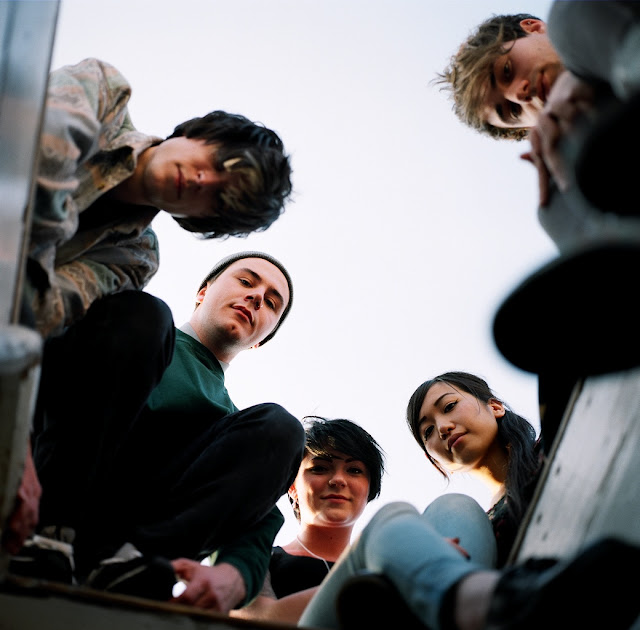 US: How did you get together?

CAROUSELS: Lucy and I started doing this over a year ago as a duo, but I wasn’t particularly enjoying playing with a laptop… It felt a bit too controlled. It took us about 2 weeks to put together a band – I knew Danny Allin as we used to play in this stupid noise punk band when we were kids, (we were dubbed the worst band in Cambridge in 2004) I knew Danny Power as he played in one of my friends old bands back in Guildford, and we found Angela on Soundcloud of all places. She was producing this fucked up, lo-fi, drone music using old tape recorders and we thought it was great. We met up with her in London, she was wearing a Quaker hat and a poncho and we hired her based on that.

US: Tell us about your sound and influences?

CAROUSELS: Every song sounds different but they all share the same influences I suppose. They’re pretty and melodic but with an underlying menace. Lots of noise, lots of fuzz, and very trebly, especially live. We did a few gigs over in Ireland a few months ago, almost as a rehearsal… On the second night we got so excited that we turned our amps up on full and made as much noise as we could. It was so great watching the audience recoil at how vicious it sounded, and people seemed to like it. After that we vowed to do it at every show.

We get called shoegaze a lot, but I think that’s purely because of the buried vocals and the big bright chords. We don’t use reverb or crazy effects…

US: What’s the first music you can remember?

US: What is coming up for the year ahead?

CAROUSELS: Not much of a plan really, just taking things as they come… We have everything recorded already – we did them ourselves in our house. We actually stayed up 2 nights in a row mixing, and then when we listened back to them, we laughed at how bad they were. We deleted all the files right there, and just started again… We actually did that twice. It took three attempts to get the ‘right’ sound, and I’m still not even sure if they’re perfect, so who knows if anyone will hear them.

Other than that we’re focusing on improving our live set, as that’s where the music makes the most sense, so lots of gigs hopefully…

US: Are there any bands around at the moment that are getting you excited?