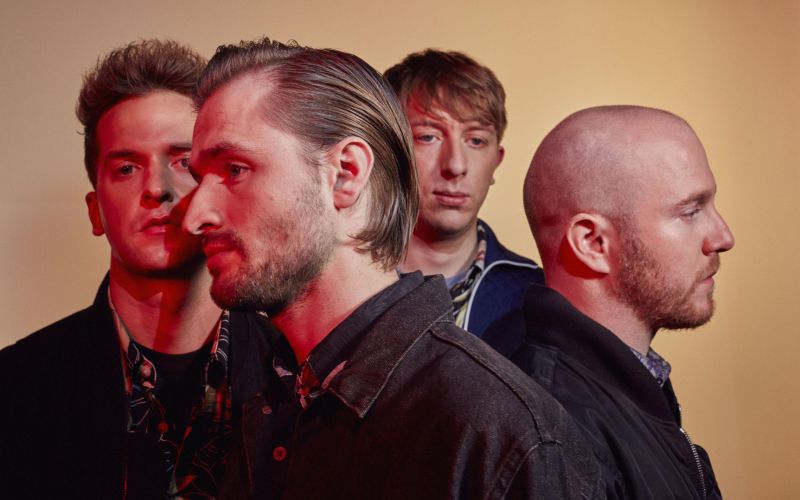 Wild Beasts are no stranger to success – their past few albums have all proven extremely popular. And for good reason to – they sure do know how to pull together a perfectly tuned synth-based indie rock hit. Their fifth album Boy King was released earlier this year, so we dropped by and asked them a handful of questions before they set off on their UK tour.

Where are you at the moment and what are you up to today?

I’m in Oxford people watching behind the blacked out windows of our tour bus. We all need a pastime.

You’ve recently released a new album ‘Boy King’ what were your key sources of inspiration whilst making the album?

It was rediscovering the NIN album “a downward spiral” that really brought into focus what we were trying to get at with Boy King. I realised the aggressive and angsty sounds of our youth could be kinda reabsorbed and weaved into something beautiful.

With a huge tour coming up, is there anywhere in particular you’re looking forward to playing?

We are London residents, so the two Roundhouse shows will be pretty poignant for us. Manchester Academy is our old hallowed ground, we would nag and harass our parents to drive us there from The Lakes to watch shows.

How do you keep yourselves sane on tour?

I’ve come to think that accepting the insanity that comes with touring is in fact a far more sustainable way of being. Isn’t it my job to venture into those head spaces and report back on my findings? I guess it’s up to future me to figure out what happens when the tour finishes.

What have you been listening to recently?