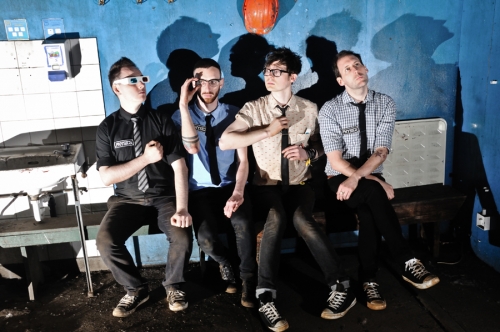 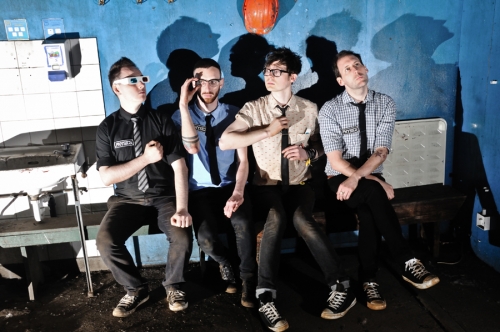 WATP: We’re in Glasgow, we’re currently rehearsing for our upcoming tour that starts next week. This is our only rehearsal. We’re incredibly under-prepared and poor, so we have to squeeze it into one day. Michaeldrum is a pilot, but he didn’t have a flight scheduled today. In fact, he’s grounded for the next four months due to an incident.

US: Tell us about your latest release?

WATP: Our latest release is our new album Your Friend, The Atom. It’s 14 songs of nuclear-tinged niceness. You should buy it. It comes out on 22nd October and has songs about radiation poisoning, the democratisation of technology, the redundancy of the male genitalia, capitalising on culture and tradition, mutual manipulation, incubators as artificial mothers, junkies eating buns and Goran Ivanisevic.

US: You have a tour coming up, what are you looking forward to the most/least?

WATP: It’s always good to get back out and play live music tunes for people because that’s what we do best/worst (depends who you ask). But being on tour is also the time we lose all our money on van hire and petrol and, after day three, you’ll often find members of We Are The Physics sobbing in a corner in the realisation that this is their actual life. It’s all worth it, though, when you see the smiles on the faces of nobody. That’s all jest, of course – we love torturing the public with our songs, and apparently people like to spend money to come and be tortured. It’s a mutual understanding.

WATP: ZOLE. Also, it looks like we’ll be going back east in 2013, maybe Europe and Russia. Fingers crossed for Japan again, it’s always great over there. We’ll probably start writing a new record too, we have this idea about making it the first ever album to feature a poltergeist.

US: Are there any other bands around at the moment that you are in to?

WATP: There are no other bands. To be honest, most of the bands we like are long dead or split up. But there’s always brilliant new bands we hear on tour, like Hosome and Bloody Knees and Swound. But, it’s not fair on them to have to be name-checked by us, that’s surely an incredible embarrassment given our social status.