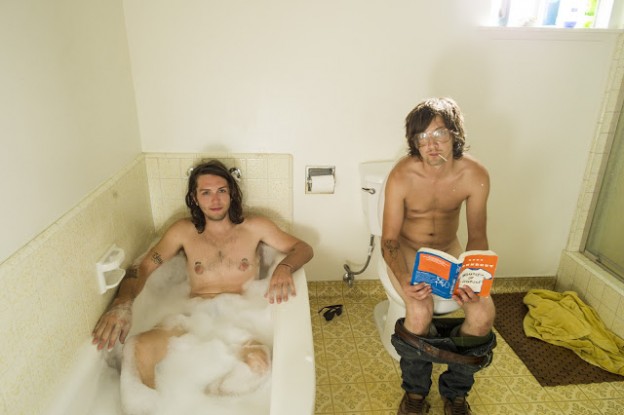 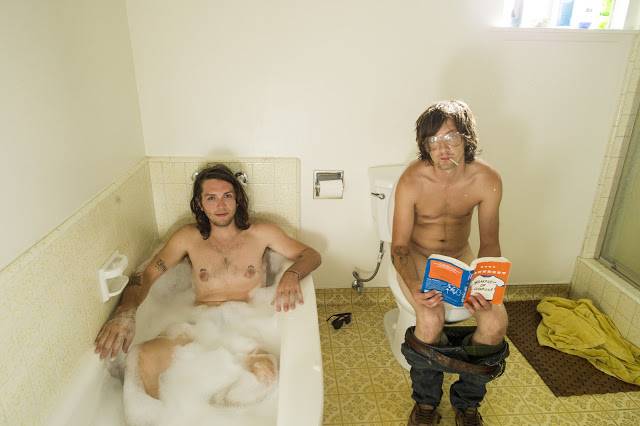 TB: We’re at Ashton’s house digging up dirt in the back yard. We just spent the last few hours jamming vice-versa. Ashton on guitar, me on drums.

US: Tell us one story about the making of about your new mini-album that nobody else would know?

TB: One of the songs was written by “Jerry”, a deceased soul who occupied the attic of the old farm house we were using to write the album in.

US: We read somewhere that most of the songs stem from just jamming together, what’s the longest jam you’ve ever had?

TB: We’ve played plenty of shows where most of it was improv’ or just jamming. When it’s good, it’s great! The way it work is we just kind of have a little vibe meeting before we go on, and talk about which Saturn each one if us is on at the time. Seventh Saturn equals lot’s of jams.

US: What do you love most about visiting the UK?

US: When are you back on British soil?

TB: Looks like we’ll be in the UK in January for a bit.

US: What new music are you listening to at the moment?

US: Tell us a story from the Melvins tour that left you open mouthed?

TB: Melvin’s van got two flat tires in one day on the drive from Albequerque to Phoenix Arizona. They missed sound check and just threw their gear on stage way after the doors were open. We set up and opened the show really late and in the middle of our set. We see Dale get up on stage and set up his kit behind us while we’re playing and all of a sudden comes in on the song Pigeons beating the shit out of his unmic’d kit and singing all the harmonies, just killing it! It was almost like statement of nothing will stop us tonight! We were totally moved!

US: What makes you most Paranoid in life?

TB: The best things in life are the nice people we get to meet and share our lives with. The problem with paranoia is that you start to question the intent of people’s goodness sometimes. Don’t get me wrong, there are many things in life to be sceptical of man, plenty of people coming at you with all kinds of agendas, but for the most part it’s way better to take every smile and good gesture as authentic until you are proven otherwise.

US: If you had to buy us a Xmas present, what would it be?