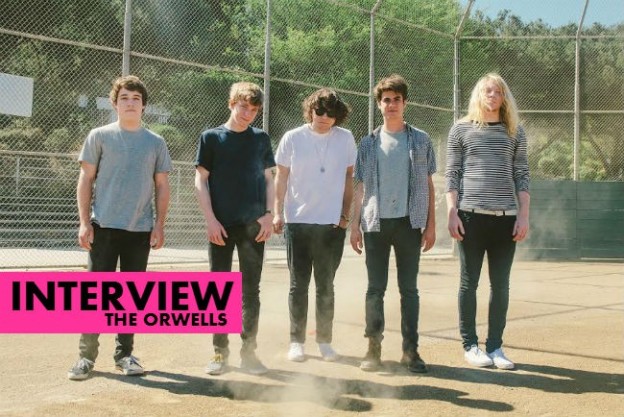 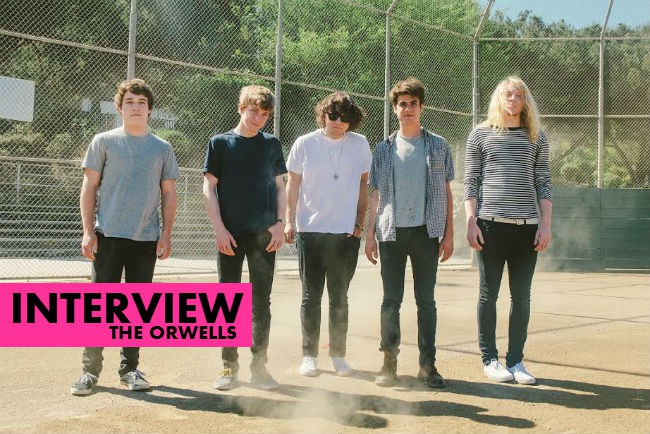 This must be an exciting time to be an Orwell. Are you looking forward to returning to the UK?

Yea, i’m pretty stoked. We love coming to the UK, the shows are great, the crowds are young, the women are cute, and the food is…better.

As teenagers growing up in suburbia, did you feel a need to get out of there?

I mean that’s how we initially felt about the suburbs, that’s what most of Remember When (debut album) was about. But after going on tour and recording the album we’ve spent a lot of time away from home and I don’t think there is any place we’d rather be.

After a few singles and a couple of EP’s, have you started recording your debut album and what should we expect?

We just got back from recording with Chris Coady (Yeah Yeah Yeahs, TV On The Radio, Grizzle Bear) in Upstate N.Y for three weeks. It sounds a lot bigger and more powerful than the EPs.

We can hear some real Rock N Roll influences? Who inspires you as musicians?

I think we go through different phases of what music influences us as a band. But everything from The Misfits to The Supremes.

Have you had a stand out moment so far on your journey?

Yea, I got the best grilled cheese sandwich in my life in Cleveland Ohio. For sure the best moment.

Does Chicago have an influence on your songwriting/sound?

I think so, the fact that Chicago has four defined seasons makes it so we write different types of music throughout the year.

The Jools Holland appearance was great, how has your live show progressed over the last few months?

It’s definitely gotten more visual with everything Mario is doing while we’re up there (FYI, he removed his trousers at a show in the US recently!). But speaking in a musical sense we’ve gotten a lot tighter.

Any advice on surviving an Orwells gig?

And there you have it…The Orwells announced will be playing an NME Awards Shows show hitting London on the 24th Feb 2014 at 100 Club. More dates below. The band have made their Other Voices EP available to download for free here.