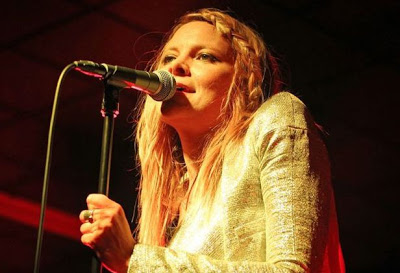 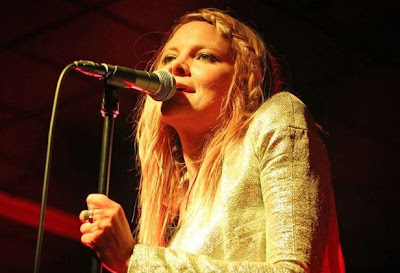 US: How was performing in a boxing ring?

Leila: It was so distracting…I felt overwhelmed like I just needed to punch the rest of the band in the face, but I didn’t want to make the crowd nervous so I just stuck to the songs…I’ve played on a stage made of glass, 20ft high with lasers being shined in mirrors that were all round the walls. And that is actually true…it was in New York last September.

US: The new material sounds fantastic, how was it playing the new album from start to finish?

Leila: It was totally satisfying by the end of the set but it took loads of concentration, I was nervous about forgetting all the new little bits on piano and stuff, which meant I didn’t drink a drop before we went on…I didn’t want to fuck anything up, but I’d been bought this delicious expensive bottle of wine that was staring at me in the dressing room…I held out and waited till we’d got all the new songs out of the way, then got filthy drunk and laughed my ass off.

US: Where did you get that magical silver jacket from?

Leila: An awesome designer called Antonio Berardi is in fact a proper fan of the band, and gave it to me.

US: You have a tour coming up at the end of this month taking you through Europe, where are you looking forward to playing the most?

Leila: I cannot wait to see Vienna. Never been there, and I’m totally over romanticising it in my head, but I just think it will be amazing.

US: Have you come across our band of the month TOY yet?

Leila: No idea but if you lot like them I reckon there’s a good chance it’ll be good, right? I’ll have a look for them later…It’s a good name that, TOY. Like it already. I hope they aren’t shit…