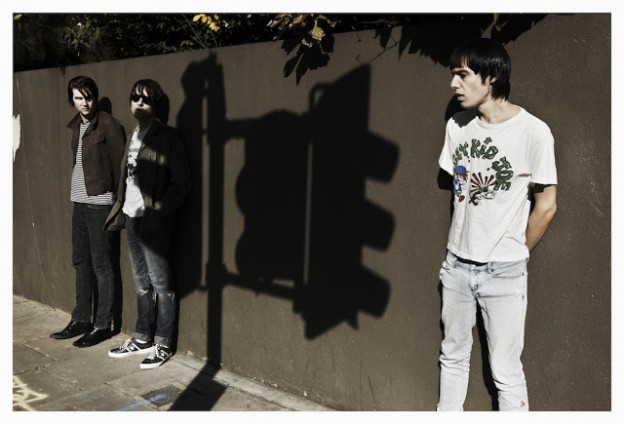 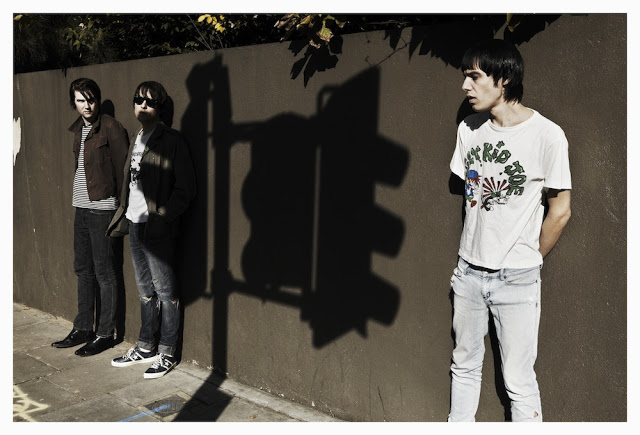 US: So how did the collaboration with Martin Creed come about?

GARY: The collaboration with Martin was conceived of when we asked his band to come on tour with us as a support act. We were aware of his visual work and had been introduced to his performance stuff by our friend Andy Knowles, who was the drummer on Martins record and, incidentally the director for the ‘Glitters Like Gold’ video. We became friends and when the time came to make the ‘Anna’ video we thought if Martin straight away. It’s difficult for us to find the time to shoot a video as we have been on the road a lot recently, not to mention the fact that none of us live in the same city anymore, so it was a great opportunity to just entrust everything to Martin. We had no idea what he was going to come up with.

US: Those images must have a lot of memories, what stands out when you first seen it?

GARY: At first, I was rather uncomfortable. I am a very private person away from the band and don’t partake in any social networks etc, so the idea of sharing personal photos is still very unnerving to me. Martin had just asked us to send him every photo we had taken over the last year – I assumed that he was gonna create a physical work with these and they would be integrated into a larger piece, so to see them displayed in their unadorned, raw form took me way out of my comfort zone. I think that is indicative of Martins concept as an artist though – to subvert the space between conceptual art and stark realism.

US: You’re on tour again in October, what’s life like on the road for you lot these days?

GARY: It’s a lot closer to what we always wanted. We are doing this in a way that we are comfortable with and excited about. We never enjoyed tourin in buses, so we are doing it in the van, we are trying to retain that excitement and enthusiasm we had when we first began. When things get too comfortable it gets boring y’know?

US: What new bands are getting you excited at the moment?

GARY: The record Ryan produced for This Many Boyfriends is good, people seem to be digging that. Mazes who are coming on tour with us in October, Cheatahs too. Oh yeah, and Milk Maid who will also be on tour with us. There is a band called Hurry Up from Portland which features members of The Thermals and Bangs that are really exciting punk rock. Teardrop Factory, which features members of the much missed Homescience are great too.