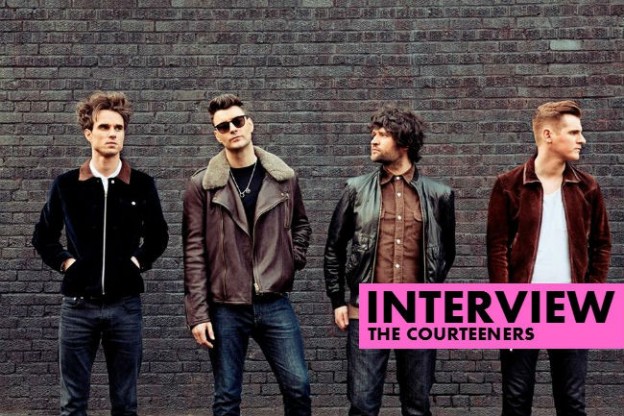 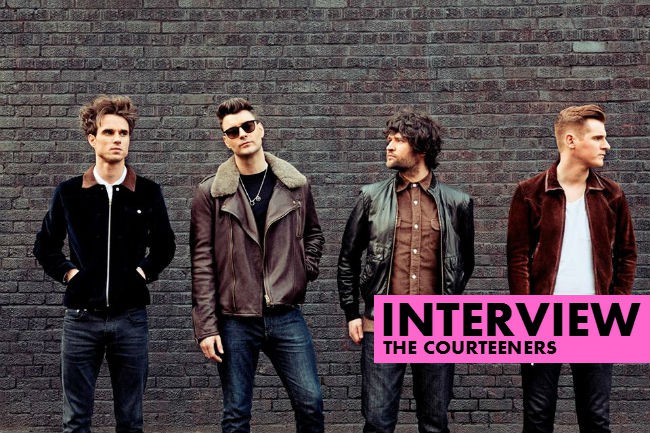 Hi there Liam, so a December tour is the perfect way to round of the year right, excited?

I’d say so. It’s been a great year so far and we can’t wait to finish off with these shows. Each one will feel like a little Courteeners Christmas Party.

What has been your personal highlight of 2013 and why? You’ve been right busy…

We did two shows at the Castlefield Bowl in Manchester In July. They were incredible nights. Everything just fell into place. 16,000 people, all singing their hearts out to the new record. In THE SUN. We had amazing supports…the Strypes, Miles Kane, James Skelly, Reverend & the Makers, Findlay, The Heartbreaks. Good times.

What lyrically drove ‘Anna’? Would you say the writing process has altered over the three albums?

The process has largely stayed the same. I’ll work on a bunch of songs, demo them, and then take them into the studio or rehearsal room and play them to the rest of the guys. I’m more critical now, I’m less scared to say something I’ve done isn’t up to scratch. Everything is part of the process, even the stuff you throw away.  I’m a harsher critic than in the early days, I’ll pour over a phrasing or a couplet a lot longer than yester-year.

It was probably down to my incredibly infectious studio dancing.

So what’s on the horizon release wise, have you begun working on any new material?

A couple of things have kind of been written… mostly on scraps of paper.

Is there any particular musical direction you’d like to go in with future releases?

I don’t really think like that. I just start writing and see what happens. It’s exciting & liberating not having the shackles or expectations that some bands have.

We were lucky enough to see you support The Stone Roses at Finsbury earlier in the summer, what did that mean to you?

Nobody thought they would reform. I went to Parr Hall and Heaton Park and it was incredible hearing those songs live. Being on the same bill is the stuff dreams are made of. My stand out memory was watching Fools Gold from the side of the stage with my childhood friends, who, as it turns out, I am lucky enough to call my bandmates.

A lot of your music deals with reality, do you think this makes the band relevant to so many?

It means that some hold us very close. I love that we mean something to people.

How do you go about noting these intricacies of daily life?

I’m very nosey. And I’ve a lot of time on my hands.

For me a Courteeners gig offers up a chance to really let yourself go, I’m not alone. What runs through your head watching thousands of people belt back your anthems?

What book did you last pick up?

What album was on your record player?

What Item of clothing did you last buy?

I splashed out… Burberry leather jacket.

Cheers Liam, we can’t wait to see you on the road this December!

The latest Courteeners single ‘Are You In Love With The Notion?’ is released December 9th, you can listen online right here, above…