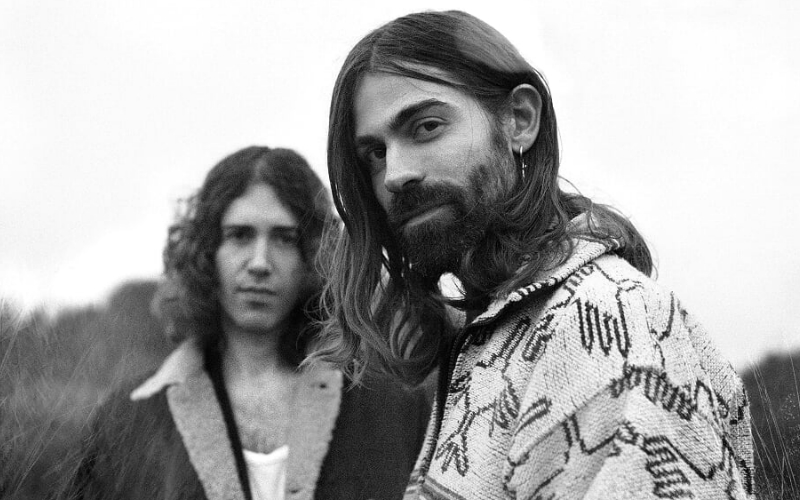 London-based Ten Fé have been dropping teasers for their debut album ‘Hit The Light’ over the past few weeks and on what we’ve heard so far, it’s going to be one hell of a record. With the release date approaching, we caught the guys for a chat about how it all came together and what else they’ve got in store for 2017.

Currently in E17, and today I have mostly been walking through Walthamstow Marshes, listening to Astral Weeks, eating Scottish porridge and drinking coffee.

You recorded ‘Hit The Light’ at Kompakt Records in Berlin, what impact did the city have on the finished album?

We wanted to record the album somewhere we weren’t familiar, so the main thing about recording in Berlin was that it wasn’t London. Couldn’t say what the exact impact of that was, but because neither of us had lived there before, it was dead fresh, and we’d go explore and be in our own bubble when we weren’t recording. Everyone’s a lot more chilled over there too – people generally don’t start the day til the PM – which is good for us. We’re both big sleepers.

We love the ‘Born Slippy’ cover you released at the end of last year, what inspired you to do that?

Cheers, la. We’re always playing cover songs so we had a long list to chose from … I think the idea was first suggested to us by a enigmatic Mancunian in a Hamburg bar. Good job we listened to him – we’re very happy with how this one came out. It’s the first song we’ve recorded with the whole band and a sign of fruits to come!

What is the plan for the rest of the year after the album drops?

To keep busy and sing our heads off. We’ve finally got a band together which we’re really, really excited about playing with so we just wanna do that really. We’ve a meaty tour of UK and Europe coming up in spring. Beyond that, there are promises of touring further afield in the summer, so we wait with baited breath… There’s a vinyl EP of remixes coming out after the album with some cool folk on it. Plus keeping writing for the next record. Can’t wait.

Just finished that Johnny Marr book, getting into a load of stuff he gets into there, with a smattering of other classics.