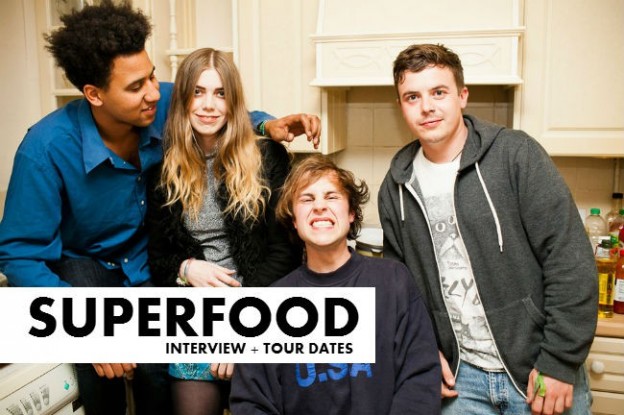 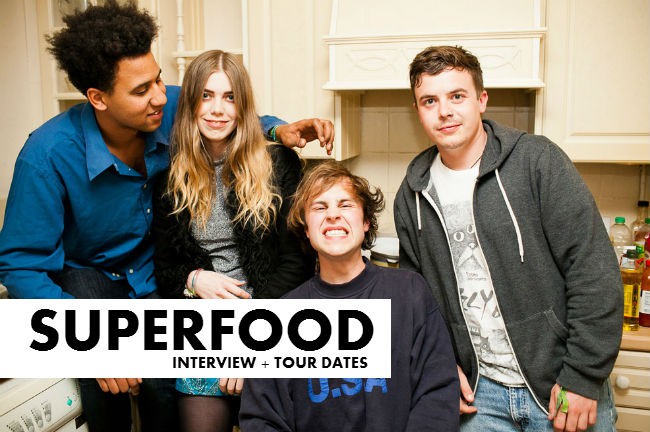 So what’s going on in the world of Superfood at the moment?

We are currently in the studio finishing our first E.P and gearing up for our first headline tour!

We recently caught you sharing a stage with Peace… would you say fellow B-Town bands have helped you on the road to success?

Without a doubt but at the same time I’ve done a lot for Peace and Swim Deep in the past so it’s all Karma.

You’ve got a mammoth tour lined up for September, is it a little daunting taking on such a big number of dates?

Well we have Sundays and Mondays off so it should be fine.

So far this Summer Superfood have hit The Great Escape, Latitude amongst others, has there been a highlight?

Latitude was defiantly a moment. We were honestly not expecting so many people to show up.

Are there any plans to release some more material on track?

Well like I said were finishing off an E.P for release in early October hopefully

Does the success of recent buzz-bands Swim Deep and Palma Violets appeal to you guys?

We want to go on our own mission and not let hype and excitement define our career to be honest.

Lastly, is there any interesting genre’s you as a band would like to tap into with future releases?

Rap-Rock and Nu Metal are two areas we feel haven’t been fully explored yet. That or a baroque/hip hop crossover.