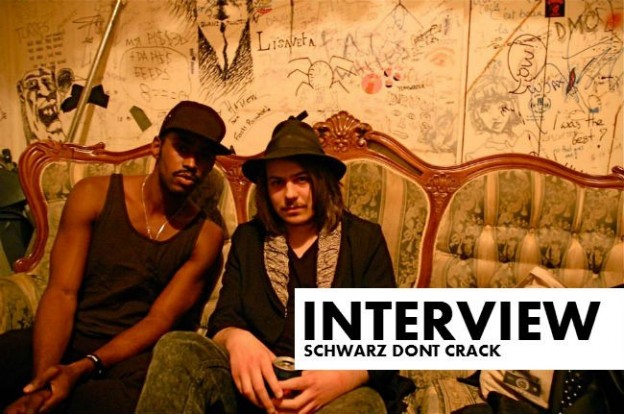 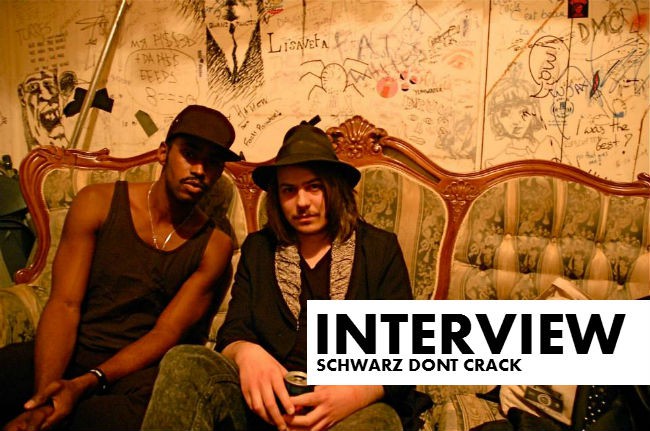 What do you have planned in London and do you get to visit often?

Ahmad: The last time I came here was to renew my tourist visa from Germany and it was during the riots which was not fun but I have tonnes of friends here. Last night I went to The Alibi in Dalston which was lots of fun.

Sebastian: I have only been here once but I hung out at The Old Blue Last to see a great band and we have a show at Proud Galleries.

How does it feel to be part of the Kitsune family?

Ahmad: For us it’s really rewarding to have worked so hard and have them support us. They’ve been awesome.

S: It’s great to be here and that they believe in our project.

Charade is about a girl who is a creature of the night so is that a bad thing or a good thing? And is she real?

Ahmad: It came as there was a lot of that going on in Berlin and how you have this different persona that you don’t necessarily want people from your every day life to see. It’s not a bad thing or based on a person. I think everyone can identify with it.

How did remixes with Azari and Fjaak come about?

Ahmad: Dinamo is a good friend of mine so I just contacted him and he was really excited about it so he did a remix.

Sebastian: A friend of mine manages Fjaak so I was able to ask them and again they remixed it so we are happy with the different takes on it.

The Kitsune 15 compilation that you appear on seems like the perfect record to help soothe us into winter. Do you have any warm songs of goodness to get us through the winter?

Sebastian: We really like this British girl called FKA Twigs who’s on Young Turks records. It’s got amazing production and is really mellow.

Ahmad: We are planning our next release with Kitsune but are also playing in Poland and Berlin and here and have our video coming out this month too for Charade.

What would you be doing if you weren’t working in music?

Sebastian: I would be working on some other project as I only want to do music and I guess the same for Ahmad.

Ahmad: I would be doing music or producing photo shoots like I was doing in New York.