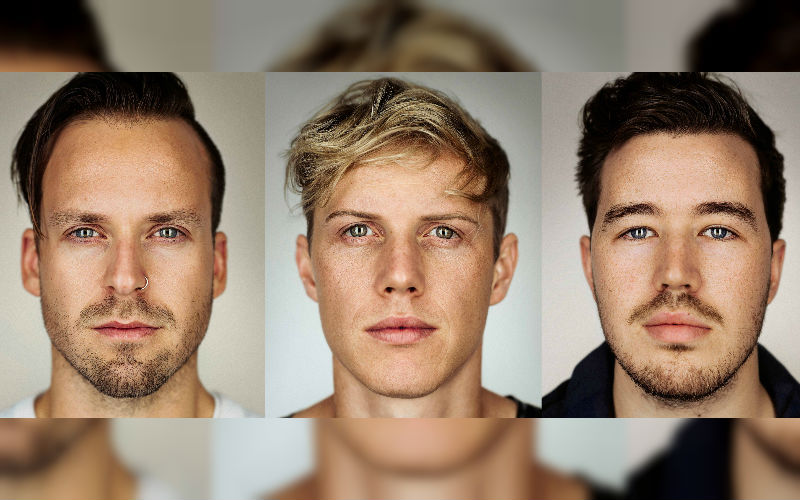 Today was the first day we had time to get a few chores done, so we went and did our laundry, got our haircut, did some shopping and brushed up on the culture with a ‘continental breakfast’ of eggs and sausage…

What’s the meaning behind the band name RÜFÜS?

The name RÜFÜS comes from us trying to get a name that sounds really familiar but at the same time we wanted it to sounds like something completely foreign, like a Scandinavian electronic outfit or something and with the name RÜFÜS you can’t really pin it down to one location, even though we’re just three dudes from Sydney…we just didn’t want anyone to know our real identity…but when we make music we like to take ourselves somewhere else and hopefully when people listen they are taken somewhere else too.

How do you think your sound has evolved since the release of your debut album?

The first record we wrote on a beach in Australia and sounded like it with lots of summer vibes, but with this one we started writing in a 300 year old cottage in Suffolk between shows and then went to Berlin, where we wrote for a good two months. We wanted to put ourselves in a new environment with new influences and it really changed the sound. We were overwhelmed in Berlin and found it isolating because we didn’t really know anyone, so we had less distractions and could lose ourselves in the city, giving us time to write and push the music sonically.

What’s your favourite thing about being in London?

We haven’t spent too much time here, but we love going to Brick Lane and getting coffee, going to Rough Trade and of course an Indian, the hustle and bustle of the market is great. And after every show in London we always have really good nights out, with really good people.

What new music are you guys listening to at the moment?