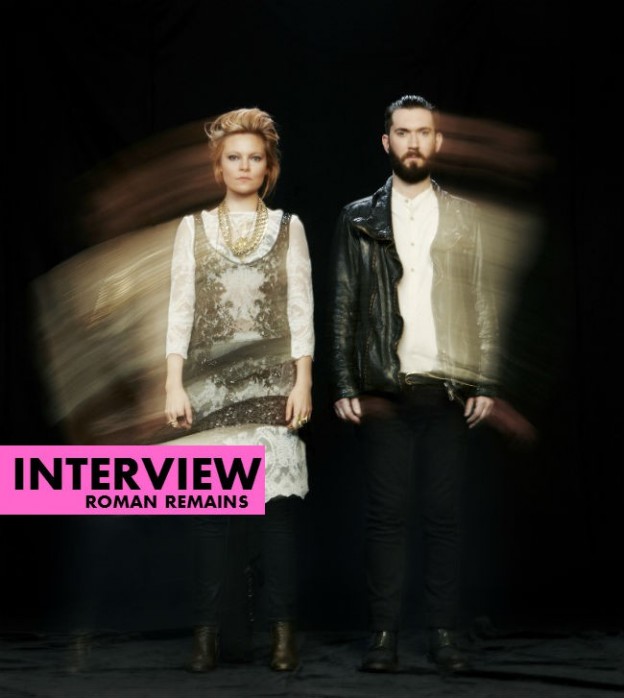 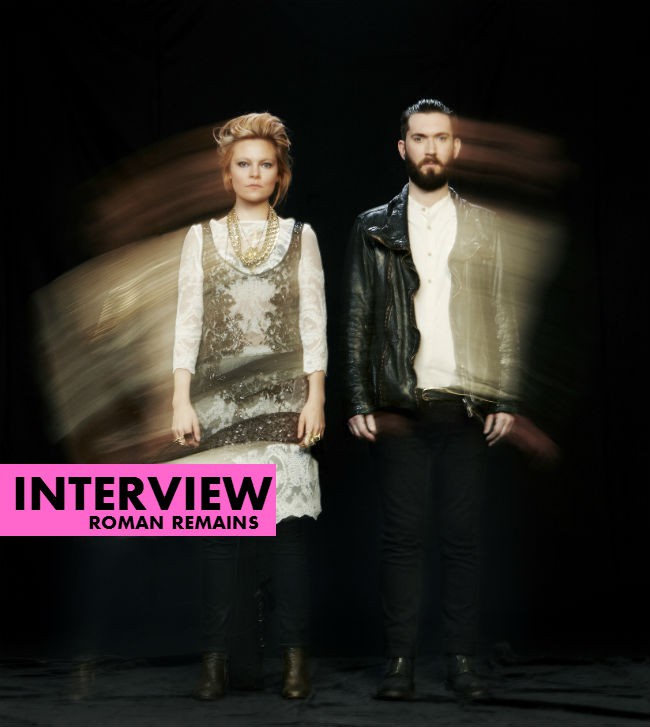 When did you decide to form Roman Remains and what was the idea behind it?

Toby and Simon Byrt (co-producer) were definitely talking some magic twin-language about beats and arpeggio’d synths about 2 years ago in a bar in soho. That’s about as clear as it gets in terms of inception.

Where did you get the name from?

It was a running joke when we started creating these songs. With rock and roll we always approach things caveman style. It has to feel primitive. With this project it felt like we’d jumped forward into a different civilisation, but not like we’d invented a new one! We’re not proclaiming innovative genius but love digging in musical archeology! Hence Roman Remains.

You’ve gone all LCD Soundsytem on us with a boosh-like shaman poking at a bonfire…what is This Stone is Starting to Bleed all about?

Where to start. Ok, I’m going to use the words of Josh Homme to help me here because moments before I started this email I was singing loudly to their latest album and embarrassingly smudging my way through a verse, the words of which I didn’t really know.
“Forget the rat race, we’ll jump chain them all” in Kalopsia.

Straight away I was thinking, yeh to me that’s the thread of Stone Is Starting to Bleed – the idea of thinking outside of the paradigm presented by governments and business and history (this was written well before Brand’s revolution speech, mind!) and suggesting that despite everything being pushed to a material and tensile limit, there is still an integral human truth which fights though the layers of dense greed, weird sadistic hypocrisy. Deep under the epidermis of what we think is true, there lie actual true things. And they are good, and they like to nurture other good things and be simple, free and fucking cool. “this is like getting blood out of a stone”…oh really? Well stop chiselling away, and lo! You don’t need to cheat, the internet will prove you wrong and people are the only measure of how oppressive a force can be. The people connect and together resist bullshit….and then, The stone bleeds real good vibes. Amen.

As for the Shaman, well he must represent the force of innocence. I think. Get back to you on that! I just call him Colin.

Can you tell us more of what we can expect from the Energy You EP?

It’s moorish, like wine or guacamole. That’s your starting point. Then I might suggest that it is a nusaince in your ear like a cute kid with a creaky rattle.

What is the set up live…are you living among a digital world or bringing in new blood to take on bass and drums?

We are just beginning to work it all out. There will be Brad Conroy, our long-loved drummer from Brooklyn who we have known long enough not to mess with, because his neighbourhood is seriously hard. There is room for another, awaiting the right candidate. I want Nadja from Pussy Riot to play some synth, and have contacted the Kremlin to see if they will stop betraying humanity and music, and let her come to play.

Speaking of playing live, when might this be…any secret gigs we can come too?

We are just starting rehearsals, There are some live plans being drawn up as we speak, but it’s a bit too early to reveal them.

How are things in camp duke spirit?

We are all well and brilliant. This past year was all about personal-love downtime. Babies were born, and houses were built and I spent time with my wonderful stepmum just before she died. It has not been a time to roll out a new album and tour. It’s been about collecting up all the energy again and loving the people who have loved you outside of being a group. It’s a still point to revolve around instead of making a lot of things revolve around yourself. It’s not forever, but a year or so. A mental health check.

Finally, any new bands you have come across lately that are getting you excited?

And there you have it…

EP is available to buy on iTunes and Amazon.