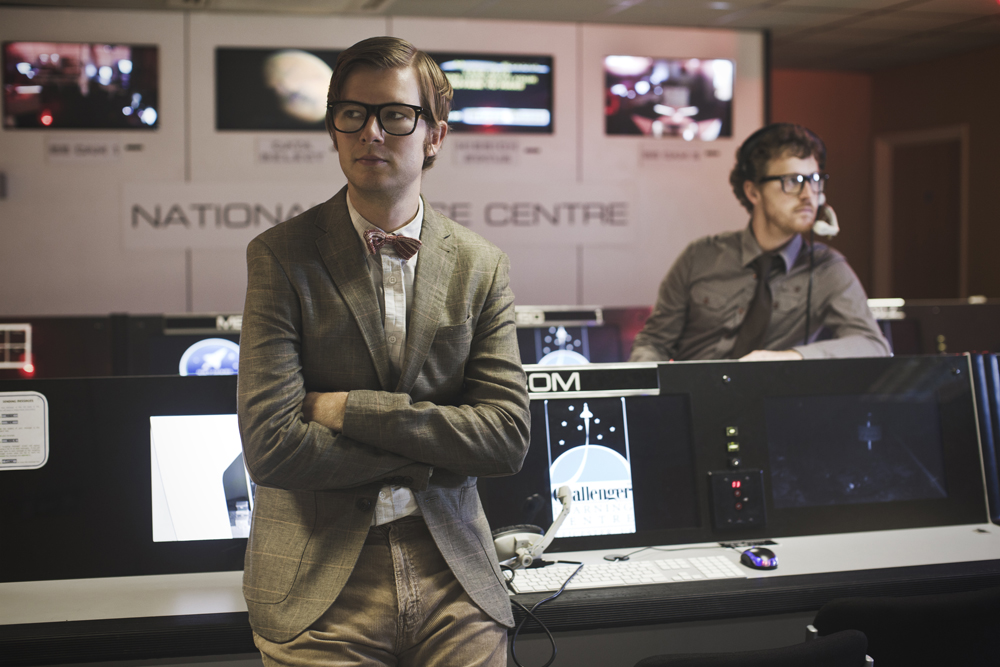 Your latest album ‘The Race For Space’ samples audio from the Apollo Missions…how did this concept come about?

It was around the time I was working on The War Room, and just idly wondering where you could go next with it. I’ve always been interested in space and thought if we could re-tell the story of the space race and somehow manage to get hold of some Russian footage, too, to set the two sides off against each other, it could be a really interesting record.

Did you have a love for space as kids?

I can definitely remember wanting to be an astronaut when I was younger, yes. I think everyone starts off in wonder at space, the moon and the stars and sometimes as you get older you forget just how magical and bizarre our whole existence – and the universe in general – is. It was nice to get back to that feeling working on this record.

I don’t imagine we’re setting any records on the rock and roll front but we have a good time – it’s generally pretty silly and good fun. You come up with ways to distract yourself from the boredom of travelling so much – we’ve got a variety of stupid in-jokes and dressing room games (bottlebin is a real highlight) that stop us from going too mental.

You’ve played a tonne of festivals this summer, what were some of your highlights?

I’m pleased to see it’s an imperial tonne, not a metric one – that means it’s heavier, right? If I had to pick 3 from this summer I’d say Glastonbury, Green Man and Latitude were my favourites – the crowds were absolutely fantastic and there was a lot of good energy at those shows.

What’s coming up for the rest of the year for you?

We’ve got our November tour coming up, ending in our biggest show to date at Brixton Academy on November 29. I’ve wanted to play there ever since I first went to a gig when I was probably about 15 or 16 – it’s basically my dream gig, and I hope we can do it justice.

What new music are you listening to?

This is always one of the toughest questions to answer, my mind always goes totally blank. I’ve been listening to the new Maccabees, which is great, and I’ve really been enjoying the two Ivory Coast Soul compilations I picked up recently. The new My Morning Jacket album is lovely too.

‘The Race For Space’ is out now. Tickets are on sale now for Public Service Broadcasting’s gig at Brixton Academy on Sunday 29th November  http://bit.ly/1LehtO3