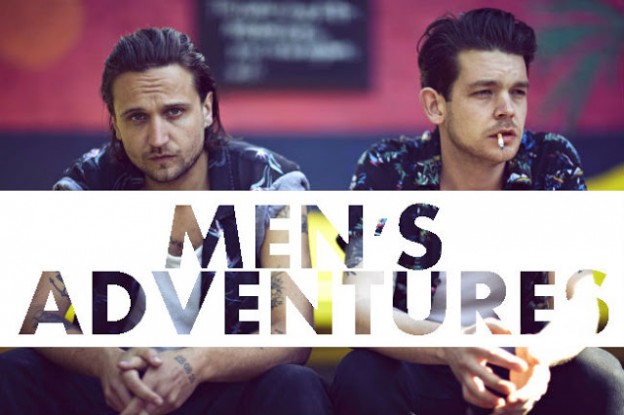 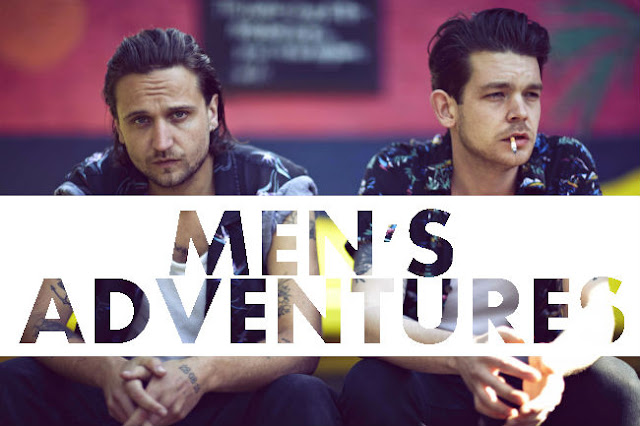 Alfie: I went shopping, didn’t buy anything though… i saw Nick Cave which was nice, then Frankie Coccoza so that was just the icing on the cake.

Jimmy: I listened to Kurt Viles new record a couple of times and went to buy some parts for my guitar which I broke in Brighton last week…

You recently played TGE, how was it?

Alfie: could have been better to be honest, i lost my voice right before we went on, plus the monitors were awful so at times i was questioning whether or not anything was actually coming out my mouth. i don’t think it sounded much better out the front but they sorted it out a bit for the other bands and turned out to be a really cool night. fun to sit on the beach for a bit.

Jimmy: Yeah it was cool, would of been better if I hadn’t thrown my guitar…

You’ve been getting some good attention recently, whats the secret?

Jimmy: Theres no secret really, I guess we have just had more people checking us out lately through word of mouth and the fact we have this record coming out.

Your EP is out next month, can you tell us more about it?

Jimmy: It had been a while since we made the blood bride sessions and we had made that on 8 track 1″tape at toe rag in two days. That process was cool and I love that studio, but it was met with a lot of limitations and challenges, which can often be a good thing, but when you are producing, engineering and playing all the instruments yourself that is usually enough of a challenge. So we decided to record it in the basement of the pub on logic. That meant we had less pressure. we didn’t have to limit ourselves to 8 tracks, no studio time limits, it was much easier for me to record us.

Alfie: my life long ambition has been to be a cowboy, I forfilled that dream on this EP. Next i think i want to be an astronaut.

Any surprises for the launch show at Birthday on the 26th June?

Alfie: I’m well up for a choir to join us from each side of the stage on our last tune but ive ruined that one now.

Jimmy: I think we’ll play a couple of new songs…

Any new bands on your music box these days?

Jimmy: Our buddy Miles makes music under the name Leonard Morant, that’s really good. I like Donkey The Jacket a lot. Antimatter People have a couple of good recordings that i’ve heard, looking forward to checking them out live. Anyone that hasn’t listened to the new albums by Kurt Vile and The Growlers definitely should!

Alfie: just downloaded ministry of sound deep house 2013 compilation, followed by The Growlers discography too though. New bands wise, im really into Telegram who my mate Matt sings in. check them out, they’re really rather good.

And there you have it, you can catch this lot playing very soon on the following dates…