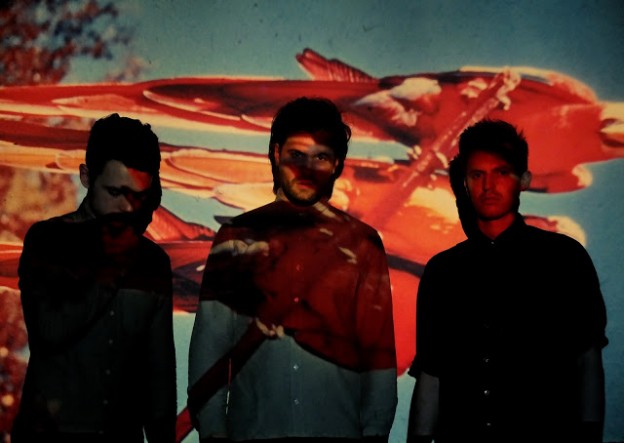 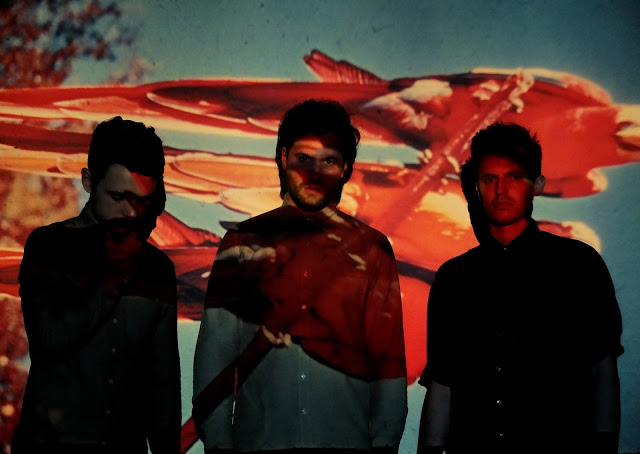 US: What’s the story?

SHAUN: Well the first time I saw Adam he was playing in a friend’s band, they were pretty heavy, all dressed in black and…loud. Adam definitely had his angry “I am going to fwuk you up with my bass” face on, he looked pretty terrifying. We didn’t meet properly till roughly a year later. Rather than some intimidating, bearded, bass playing bad-ass I was introduced to “Captain Friendly” basically a 6 foot 4 Barney the Dinosaur. Little fact, Adam was tested for gigantism as a teen.

We hit it off and pretty much started writing music from the start. It wasn’t really till summer 2011 that we decided to take it all a bit more seriously. There was a period of thinking we needed to find a singer. Eventually we realised if our music was ever going to go any further than rehearsing in my bedroom we’d have to sing ourselves. Influences wise initially for us it was about two bands: TV On The Radio and Yeah Yeah Yeahs. TVOTR’s use of electronic beats, harmonies and the ability of of both bands to incorporate heavy sounds into their music without getting a bit cod/rock were big influences on us.

US: Tell us about your double a side single?

SHAUN: Well as you said it’s a double A side, it features ‘Swing Low’ & ‘Young’ and comes out on ParadYse Records TODAY, the 22nd of October. We are really excited about it, we’ve tried to work with friends or friends of friends where ever possible. I think that’s a really good thing, it means everyone wants to see each other succeed. So everything from the videos, to the art work, to the label, to the recordings themselves have been made by people we really respect.

US: Being a new band, what are your expectations with you beginning to gain decent exposure?

SHAUN: Hmm that’s kind of difficult. My expectations are pretty low, but that’s mainly because I tend to assume the worst in an attempt to avoid being disappointed. Plus “expectations” implies you expect whatever it is you are talking about to happen, I just sort of hope it does. Maybe it’s better to talk aspirations as my expectation is it may well implode in my hands…haha.

I guess what we’d like is the opportunity to be a real band. You know, actually have the chance to get out there and tour some places we’ve never been to, maybe release a record or two, hopefully it will be fun. That sounds pretty uninspiring but I’ve seen so many bands not even get to that stage that that would be a nice starting point. Obviously if we did become wildly successful we’d welcome it…well up to a point. I think we want to take this as far as it can go, without having to act like total chumps.

SHAUN: I hadn’t really even started thinking about next year till we started doing interviews. Everyone’s asked “what are your plans next year?”. The honest answer is I have no idea. Hopefully our second single will be out in February then the first single off the album and the album itself shortly after that. Then some touring, maybe some people will like us? Wait…this is not sounding confident and self deprecating again isn’t it? Right, forget that. This is what’s happening next year. We are going to conquer the world using only the power of adult contemporary rock, crushing all those who stand in our path. Basically we are going to own life. This is it, we’re taking over, everybody better run for cover. Lock up your wives/daughters/brothers/husbands cos it’s happening. We are going to destroy 2013.

US: What bands are you listening to at the moment that get you excited?

SHAUN: Well I’m really bad at discovering new music, I’ve pretty much listened to the same 5-8 bands for the last 5 years. If I get into a band I get REALLY into them so it’s probably best I don’t discover too many, I wouldn’t get anything done.

Conveniently we are about to set off on tour with three of our favourite bands: Spector, Swim Deep and Splashh. That’s a line up I’d happily go and see play a show anyway, so to be part of it is a real privilege.

To be honest there are loads of great UK bands coming out at the moment Peace, O. Children, Alt-J, Pale. In fact one of my favourite new bands are supporting us at our single launch tonight. They’re called Wolf Alice, one of the few bands I can say I discovered on my own. Pretty much the only time trawling around on the internet has lead to something that will hold my attention for more than 5 minutes….other than nudity. I’ve listened to their four track demo pretty much everyday, their new track “Leaving You” is awesome. Check them out….in fact they are looking for a female bass player, so if you’re female and play bass get on it. I would.

Catch LULS on tour with Spector, Swim Deep and Splashh…