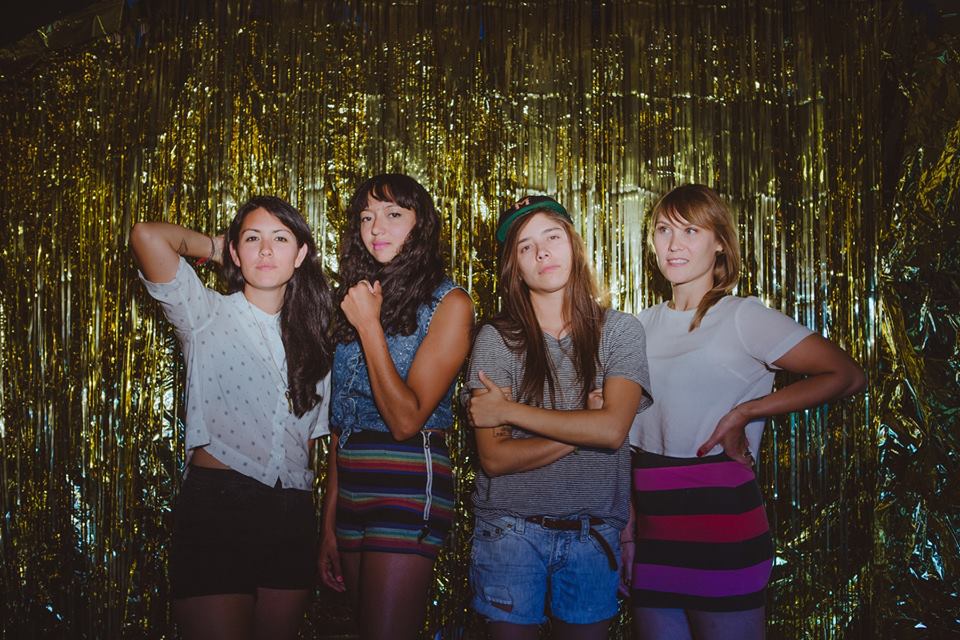 We hear you love hawking tickets before your gigs, so will we see you outside the Hoxton Square Bar & Kitchen? Not that you’ll probably need to.

That was just before our record release show actually. We wanted to make the show cheap and for all-ages, which is difficult for big shows in the U.S. because clubs usually make most of their money on alcohol sales. We figured if the show was going to work we would have to sell out the venue so we hit the streets with giant hand-painted signs and scalped tickets to our own show to anyone who passed by. It worked and we ended up selling out the show!

You release vinyl, but do you collect vinyl? Will you be doing any record shopping over here? What would you be on the lookout for?

We almost never record shop on tour because it’s too annoying to find records that you’re really excited about and then pack them into a box, unable to listen to them until we’re finally home. That said, none of us are serious collectors, we’re on the road too much.

You’re constantly on the road, how are you going to recover when the tour finishes? And what are your plans for afterwards?

Good question. I’m really excited to sit down and write music. It’s hard to write on tour. When we get home I’d like to find some good quiet spots to haunt where I can work on songs.

We know that shortly after the release of your It’s Alive EP you were involved in a high speed highway crash, what were the after-effects? Inspiration? Avoiding roads? A deeper bond?

All of those things, and some darker emotions. It’s harder being on the road. The inspiration mostly came from all the love and encouragement we got from fans and friends after the accident. Hearing from so many people made us realize why we had to keep touring.

And finally London. What does it mean to you?

London is one of our favorite places we’ve played. The last time we were here we played at Shacklewell Arms and it was one of those magic shows, the kind you wish every show could be. It felt like we rose to a slightly higher plane of existence with everyone in the room. Also: good food, cool accents.

La Luz are playing at The Hoxton Square Bar & Kitchen on the 22nd October 2015.