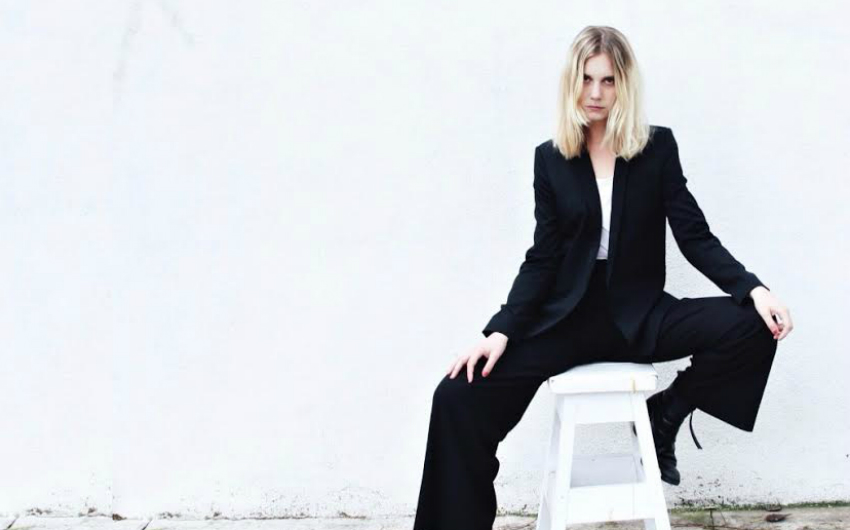 We’ve been waiting for new music from Kid Wave, aka Lea Emmery, for a while now and we’ve finally got it with ‘Everything Changes’. As well as releasing new stuff, she’s on tour in the US supporting The Shins so we caught up with her to find out how life is across the pond.

I’m in a tiny coffee shop in Echo Park in Los Angeles, downing lots of coffee and answering these questions for ya. I have a day off in between shows, I’m supposed to pack and do laundry because I’m leaving town for a week of shows in New York and SXSW on Saturday but I haven’t done it yet.

Your new single ‘Everything Changes’ is out now – what’s changed between the Wonderlust album and now?

A lot has changed. I think it’s been a natural change though. I think everything I do is more defined and personal now. I’ve been in the States a lot, I’ve been writing and recording a ton of songs. I’m living like a teenage runaway but it feels like I’ve started a new chapter. I think my writing is better and more direct, I don’t make excuses for myself or what I want to say or achieve anymore.

You relocated to LA in 2016, what impact has the city had on your sound?

I always have to look for a little bit of trouble in life from time to time to keep going. I end up going through all these crazy moves and situations that other people don’t seem to put themselves through but I’m totally unable to stay in one place for a long period of time. I don’t think LA has had a huge impact on my sound as such, I still feel like a bit of an alien out here at times, it’s very different. I think the change happened already when coming off the Wonderlust tour; my music develops with me. I write more about personal things and I guess to some extent LA has definitely provided me with some messed up stuff to write about. Also, this time I’m co-producing and I sat in on mixing too, so I’m in more control of the sound. I’ve been living, breathing and sleeping Kid Wave since I was 16 regardless of where I’m at, it’s always intertwined in every aspect of me.

You’re touring the US and playing shows with local musicians, how are you finding that compared to the set-up of Kid Wave in London?

Of course it’s different. When you’ve played with the same musicians for years, it’s a bit terrifying at first. But essentially Kid Wave is me and my music and I kind of had a year off to write and work on things, so to me it’s been a gradual and natural transition that I eased into. Now it actually doesn’t feel that much different. I miss my buddies from back home, but they’re all in other great bands and were while playing in Kid Wave too. We’re all happy to collaborate when we can and whenever I’m back in Europe. When I have lots of money I’ll fly everyone in and get them visas haha.