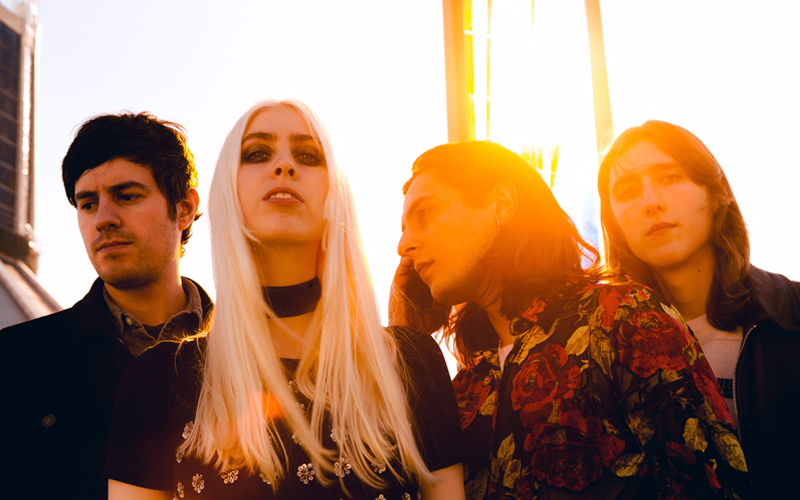 After releasing their critically-acclaimed debut album last summer INHEAVEN are back with some bangin’ new music as well as a packed tour schedule, including a trip across the pond with Pale Waves. We caught up with frontman James Taylor to find out what they’ve got in store for 2018…

We’re currently holed up in a bedroom making the second record, we’ve already recorded a lot of music ready to hit the ground running in 2018. We make all the artwork ourselves, we draw a lot of inspiration from the counter culture movement of the late sixties and the DIY American underground of the 1980s so I guess a lot of the artwork has that feeling and ethos running throughout.

You guys were quite the hype in 2017…does that affect you as a band or do you ignore it?

As a band you have to grab attention, hype never feels real when you’re in it so it feels good when people see it as hype from the outside. We just focus on our output and hope that people feel as passionate about it as we do!

Your new track ‘Sweet Dreams Baby‘ is an instant like, when did you know you were on to that track while writing it?

It’s always been a favourite of ours, and in writing I wanted to capture a sense of widescreen melancholy and a longing for another life. All we have are sweet dreams baby. I would have been in my bedroom in the depths of South East London when that song was first written. The song is inspired by a lot of the Motown records I grew up listening to in my mum’s car. Looking forward to playing it on our upcoming tour.

We’re just getting into 2018, but what’s your plans and what are you looking forward to most?

Our plan is to hit the ground running! we’re going to be touring a lot and recording the follow up to our debut, we can’t wait to make our first trip to America with Pale Waves. We’ve toured with them before and they are good friends of ours, so its going to be one hell of a trip. A lot of our favourite bands are from the States so we can’t wait to check out places like New York, Seattle and Chicago. I’m sure we’ll come back with a wider sense of where we want to take our band in the future.

InHeaven will be on a UK tour this February

For more interviews with bands and artists go here.