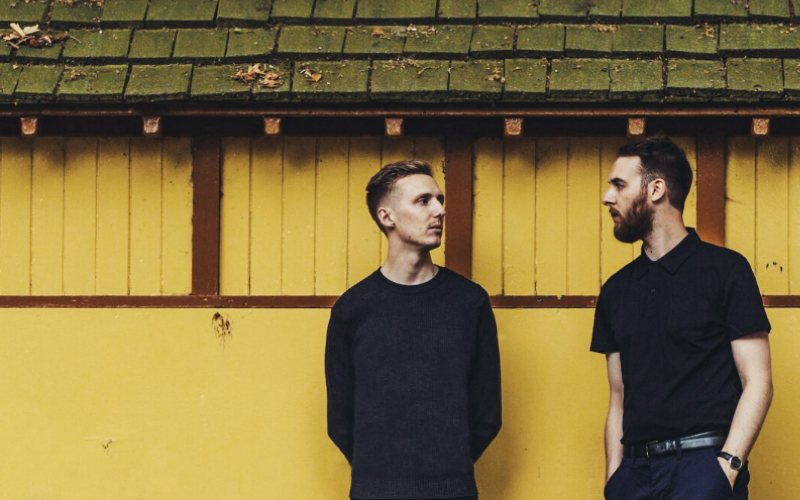 Honne first arrived on the scene 2 years ago with their smooth pop and after selling out shows around the US and Europe, they have just dropped their debut album ‘Warm On A Cold Night’. So we thought it was about time we had a little chat with the boys..

It’s been quite a year for HONNE, but tell us how it all began and the idea behind the band?

It all began a couple of years ago. We were writing music and trying to come up with production ideas and sounds that were really unique to us. ‘Warm On A Cold Night’ was probably the first time that it all fell into place. We found the name HONNE, loved it’s meaning (True Feelings/Desires) and went from there!

Your debut album ‘Warm On A Cold Night’ has just dropped… tell us about the process behind making it?

It’s been 2 years in the making. So a couple of tracks you may have already heard, but the majority is new material. We always wanted to the album to take the listener on a bit of a journey, so there’s uptempo and downtempo tracks and highs and lows. There’s some other sides to us that you won’t have heard before too, like ‘FHKD’ which is more dance-orientated.

Festival season is among us, what are your favourite festivals you have played and why?

We’ve been loving it. We played the 6Music stage at Latitude the other day and that was an incredible show for us. The crowd was massive and so much fun. Glastonbury was obviously a massive highlight having wanted to play there for as long as we can remember!

Tell us what else you guys have going on for the rest of the year?

So much! We’ve got 2 US tours coming up this year, a UK tour, European tour, some gigs in Japan and South Korea, and a lot of festivals in the gaps too. Seeing the world is one of the best parts of the whole thing. Obviously there’s a lot of rushing around, but we meet so many great people and see incredible places, and that’s something we love a lot.

What music are you currently listening to?