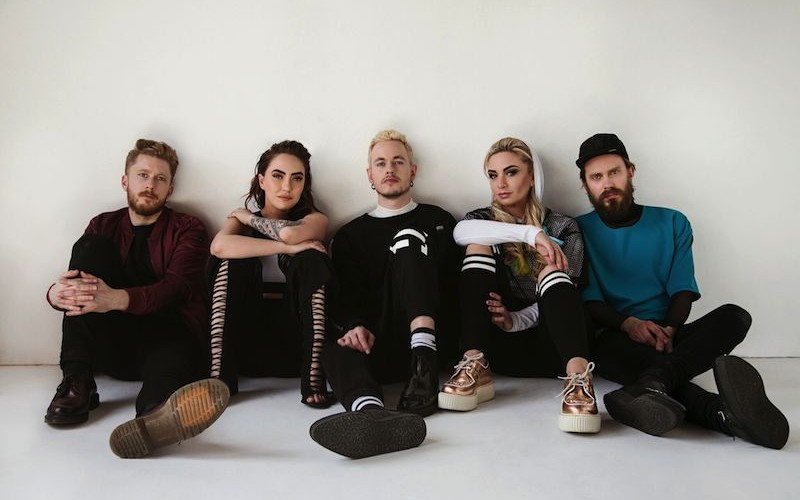 We recently caught you at your sold-out show at Village Underground, how did you find that?

It was almost a bit surreal. We’ve played a lot in the UK and in London, but never to a sold out crowd like that. The crowd was amazing and we had a great time on stage!

How would you say your new album ‘Camp Echo’ differs from your debut ‘Silent Treatment’?

It’s definitely more electronic. There are more programmed drums and more synths. We had talked a lot about our inspirations and found out that all of us had a big heart in the 90s and early 2000s and bands like Prodigy, Røyksopp and dance-music from that era. So that became a big inspiration for the album.

Talk us through how the songwriting process happens for you guys.

Ingrid writes the basic parts of the music and all the lyrics, then we arrange and make the rest together in the studio with our producer Kåre Chr. Vestrheim. Ingrid writes almost constantly, even when on tour. The recording process takes a lot of time. We have so many ideas we want to check out in the studio, but it’s fun!

Your new album has a lot of political undertones, is this what inspires you to make new music?

It doesn’t inspire us to make new music, but politics are a part of everyday life, so it’s often difficult to see past that. Since the late 90s, a lot of political stuff has dominated the mass media and affected us, so it’s more of a reflection on that than a statement.

Your videos are always very visually impressive, how do you come up with the ideas?

Ingrid is sort of the leader for the music video part. She spends a lot of time watching other videos and films and has a bunch of ideas on what would be cool. And it also helps working with really great production people like Helmet in Trondheim.

What music are you currently listening to at the moment?

We’re listening to a lot these days. Beyonce has been playing a lot, Kendrick Lamar, FKA Twigs, Radiohead and Anhoni. A lot of cool music right now.

What do you guys like to do in London?

Eating great food! There’s always good food to find from all over the world. Food has become a pretty important part of our life on tour, so coming to London and having every option available is pretty cool!