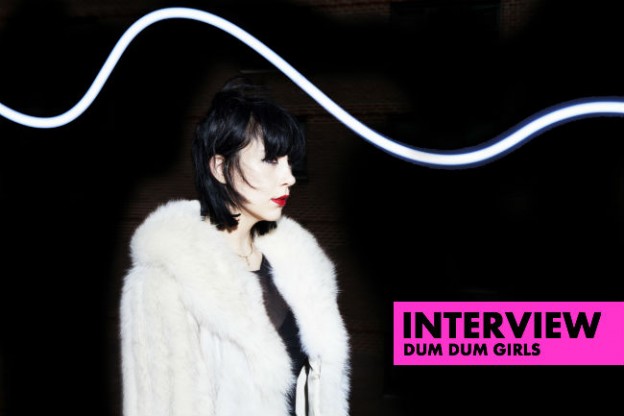 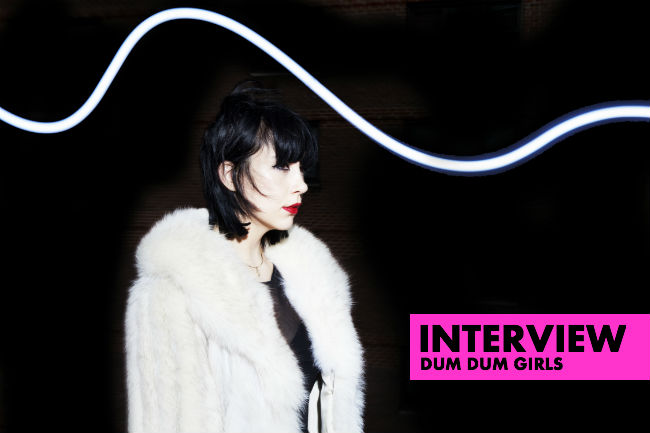 “The last two releases that I put out [Only In Dreams, 2011 and End Of Daze, 2012] were very much about something specific and pretty traumatising,” she confesses. “Especially the last full-length, it was this sort of rock’n’roll grieving process because of this very personal loss I had gone through. At the end of it I realised that was going to be at the point where I would no longer need to dwell on those things. After two whole years of being consumed and overwhelmed by this specific thing, this was the end of it. I decided that the next record was going to be a hundred percent free of all of that and it was going to be a whole new slate.” 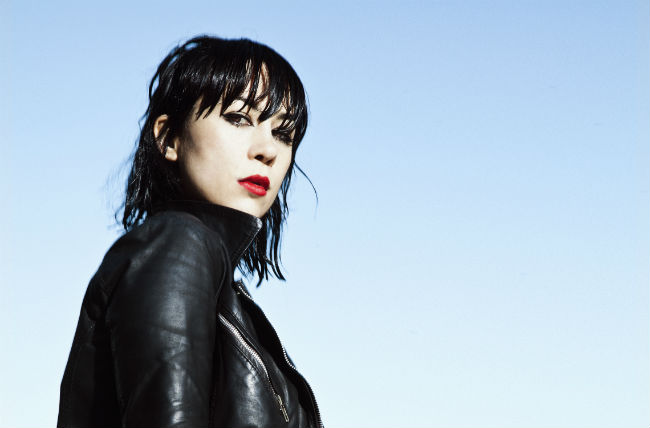 By the time summer 2012 came around and touring duties for End Of Daze were over, Welchez seized the opportunity to literally lock herself away from the outside world and begin the writing process for a new record that would simultaneously mark a new chapter in her life. There was exciting work to be done, a new perspective on life to be unleashed and the muse within, as Welchez soon discovered, would simply no longer be contained.

“It was such a spontaneous thing,” she laughs. “I mean, that’s normally the way the songs come out anyway, but this time it seemed to literally pour out of me like never before. The nature of it really surprised me. Usually, after I’ve come up with a bunch of songs, it takes me a little bit of time to re-evaluate what I’ve just written and to sort of develop ideas and to make some connections between the songs… But with this record I had this extremely nagging feeling of a group of songs that just needed to come out of me. It’s like as soon as they came out, there was no need to make any connections, they were already connected as a whole. It felt like they were just waiting for the opportunity to be released out of me. I wrote about eight songs within a week and a half – not all fully developed, but very close to it – and subconsciously they were all inter-related. I guess a lot of it had to do with the fact that they were all written at the same time, as opposed to writing them over a period of six months where your feelings and thoughts change over time.”

It was a birth of something complete, according to Welchez. Lyrically, it borrowed an introspective darkness from the likes of Patti Smith, Nick Cave and the late poet Sylvia Plath, but sonically, it delved into the glossy garage rock of ‘80s guitar-pop bands like The Cure, Siouxsie And The Banshees and even – gasp – early Madonna. In a nutshell, according to the singer, Too True saw Welchez symbolically take the passenger seat while the muse stepped on the gas and produced material that can best be described as ‘80s pop and ‘90s grunge sprinkled with timeless melancholy.

“A few times I kind of found myself shocked that I’d written a track like… Well, for example, like Rimbaud Eyes. I’ve always worked by myself, I like to work in isolation, so I guess just based on that alone, it’s amazing what you can come up with when you have no distractions or input from other people. Writing a song like Rimbaud Eyes really made me step back and go, ‘Did I just do that? Was that me?’ because it just didn’t sound like anything I’ve done previously. Because some of the songs were foreign sounding even to me, I wasn’t too sure about them at first, so yeah, I definitely sent them over to other people to see what they thought. I sent Rimbaud Eyes over to Todd [Killings] from HoZac and he really liked it. It was like a sign that I should keep going and stop doubting.”

The Big Apple as the backdrop for Too True provided a huge influence of its own, according to Welchez who describes New York City as a whole other planet all of its own. Whereas other artists talk about the city’s unique atmosphere, Welchez goes one further, claiming that there is a “vibration” about the place that you can literally feel in your veins.

“New York is like no other place,” she states. “You can actually hear and feel the urgency of that city. I don’t think there’s any way you can listen to this record and not hear and feel the New York ‘buzz’ throughout it. It’s not done intentionally, it just manifests itself. New York is a very vibrant place in the ‘vibration’ sense of the word where you can feel this electricity. When you spend time there, you can actually feel that you are surrounded by millions of people, all working and trying to do their own thing, trying to become something, trying to do the best they can. It’s a mutual thing. It’s a very competitive place but it’s an incredibly inspiring place.”

Not that Welchez is the ‘competitive’ type, by any means. Quite the opposite, actually. Citing Nick Cave’s infamous letter to MTV, in which he pleasantly (and hilariously) responded to an award for The Bad Seeds’ Murder Ballads, Welchez says art should never be subject to competitiveness. The muse cannot be rushed and competition transforms art into business, end of story.

“When I’ve referred to that letter which Nick Cave wrote, I think some people misunderstood what I was implying,” she warns. “That letter was not itself a direct inspiration for any of my material, it was more the way that he articulated what he was trying to say to MTV. He was saying that his music was art and a creative process. He was talking about his protectiveness of what he calls his ‘muse’ and the fact that he refused to subject his muse to any kind of competitiveness. That really resonated with me while I wrote this album. I’m very much a ‘personal’ artist in that sense. As for Sylvia Plath, Patti Smith and all of that – their words resonate with me and their ideas, too. Someone like Sylvia Plath, I absolutely love her approach to language and I find that when I read a lot of my favourite poets, I realise that lyrics are poetry in themselves. There is an art to it.”

Which is why Welchez often finds herself haunting the museums and artistic hubs when she gets the chances to travel to our neck of the woods. With an upcoming tour on the back of Too True, which will see Dum Dum Girls in London around May, the singer says she is looking forward to visiting our city’s historical sites as well as discovering new vegan joints around Soho and Camden (two of her favourite places to hang out).

“I usually stay with a really good friend of mine Charlie [Rowell] in Shepherds Bush,” she says. “Charlie and his fiancé always have a place for me to stay – he’s from Crocodiles. Hanging out with them, I always get a very different west side version of London! That’s great because I normally get to check out the east side. I love just walking around London with no particular place to go, just walking around and seeing where I end up. I love finding museums whenever I can. There’s a really great raw vegan place in Camden, and there’s a good one in Soho, so I’m always looking to find more of them. But mostly, I love checking out the museums – oh, and Madam JoJo’s!”

Too True is out now through Sub Pop