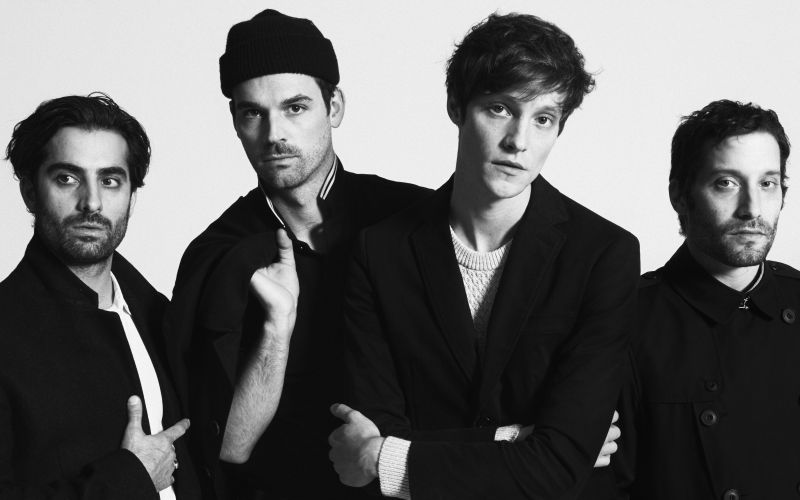 Highly hyped American-Welsh indie band Drowners head over to the UK around October for a whirlwind tour, to support their stellar second album ‘On Desire’. We thought we better have chat to frontman, Matt Hitt before their busy playing killer shows about their album, London, and future plans

Back in June you released your second album, ‘On Desire’, what would you say the key differences between this album and your last?

Well the first record was basically a live recording of the set we were playing at the time. With this one, there was a lot more consideration put into the production and recording. I think they share the same spirit but this one has more honesty and darkness to it.

You’re about to return to the UK to tour again, what is touring in the UK like compared to the US? Any stories from your last visit here?

The UK crowds tend to be a bit more rowdy. I always thought it was because the drinking age is lower so everyone’s a bit more pissed up but i don’t think that’s the complete truth. From talking to people on the last tour I think there was a genuine excitement that we were playing there. I guess because we don’t get over there that much maybe, on the occasions that we do, it feels a bit more special.

If you had a day of exploring in London, where would be on your list to visit?

The French House in Soho. It’s my favorite pub in the world. I’d have a couple of glasses there after visiting the National Portrait Gallery.

What’s going on for the rest of the year for Drowners?

I’ve started writing some new stuff already and plan on focusing on that in-between the touring.

What tracks are you currently listening to?