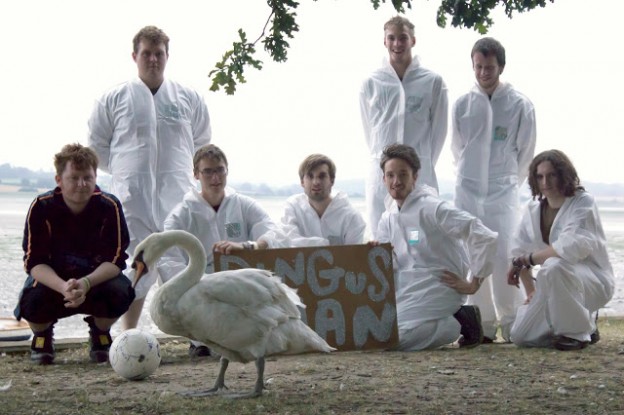 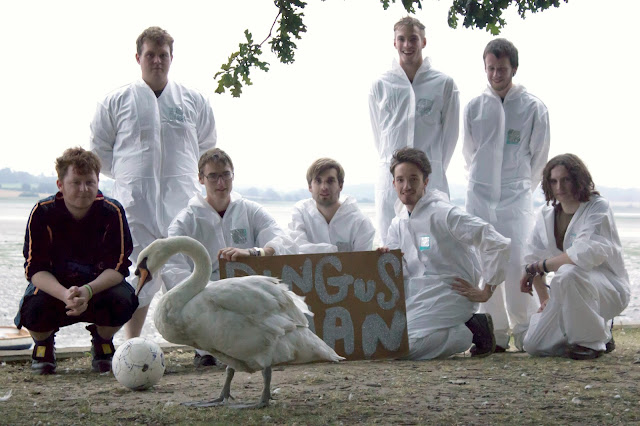 What have you be up to today?

Today we’ve been trying to track down Ben’s dress. It’s a sporty velvet gown that he’s worn to every gig for the last couple of years. He left it at the Brixton Windmill last night and we’re trying to work out a way of getting it back. We’d be lost without it.

Festival season is nearly here, where are yous going?

We’ve been at The Great Escape and Liverpool Sound City over the last couple of weeks. Later in the ‘summer’ we’ll be at Truck Festival, Fieldview, Camden Rocks and Homegrown Festival, plus any more we come across.

Gaz, one of or drummers is really the go to go guy in terms of festival etiquette. Last year at Latitude he ripped his trousers and got touched up by some transvestites. He’s up there with Ray Mears when it comes to camping weekends.

If you could make a summer festival cocktail, what would be in it?

You’d start by combining equal parts warm rum from a Volvic bottle and warm vodka that’s been swilled about in an old crisp packet. This would then be topped up with warm lager, cider and muddy water, garnished with some nettles and served in a Pot Noodle pot (Bombay bad boy).

Can you all time yourselves on how long you can hold your breath under water and reveal the results please?

We’re unfortunately all terrified of water. However, sea turtles have an adapted cloaca (reptilian equivalent of the anus) through which they are able to take in water and extract oxygen from it. This allows them to dive underwater for far longer than other creatures. We envisage that if the members of Dingus Khan had this adaptation, our accumulative time underwater would equate to around nine years.

We haven’t don’t that, I don’t think it would be healthy to do so. It’s much better to bottle those kind of things up and write lyrics about someone else doing them.

…and there you have it. Now has any one seen Ben’s dress?…check your pockets please! Missed our Band of the Month feature way back in June, come over here people.

Catch this lot live on the following dates…