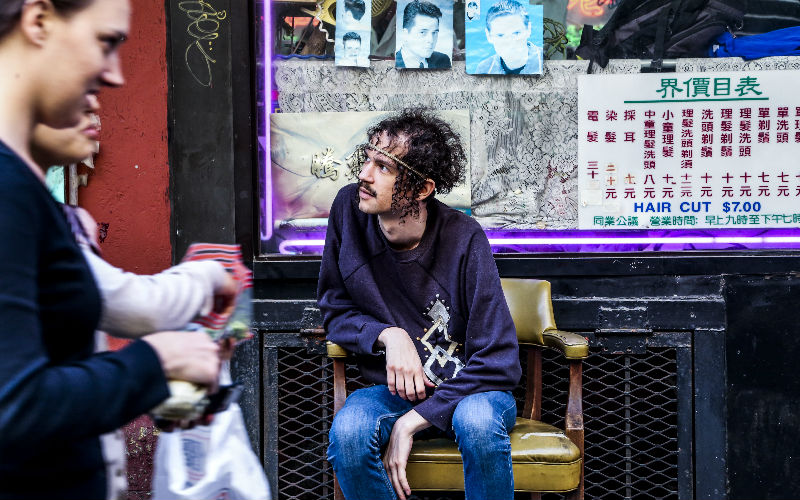 Tell us what you have been doing today?

Had a proper lie in til 12:45, had some eggs and sausage for breakfast. Doing my laundry before heading west in the chevy for the US leg of Double Down tour.

We’re obsessed with your new video for The Mess She Made, how was it making that video?

Fun, easy. Lots of minute directions from oscar “chin up, stand up straighter, head left, a bit more, back a bit, chin down, THERE it is!” it made me laugh and kept my spirits up. A two day shoot so not even a grueling schedule for a video. Usually they’re done in one long 14-hour day.

What might be your favourite album of the year and why?

I listened to ‘choose your weapon’ by hiatus kaiyote on the plane yesterday and I was surprised by how good it was and impressed with the compositions, but also annoyed by certain musical choices. I think the plane’s entertainment system added compression to make the audio more audible which made the drums sound even chunkier, which was very pleasing. Overall a very bold record and it came in above my expectations for it.

When can we next exploit you back in the UK and whats the plan for 2016?

I’m always commuting to London it seems. For video shoots, Radio 1 stuff, label meetings, corporate brand discussions, deals with the devil, seances, murderous covens and sync showcases. You can exploit me in any way while I’m there, just not sexually. 2016 holds many more live dates hopefully and some kick back time in North Carolina.

I liked the ‘Ramona’ song Beck wrote for Scott Pilgrim vs. the World. Charly Bliss are rocking me gently every night this month now on our US tour. They’ve got some sweet tunes. It’s always good to check out the newest Deerhoof album. There’s an older song that keeps getting new life brought to it called “What’s a Girl To Do?” by some Scottish producer using the pseudonym Fatima Yamaha. That’s a nice minimal track. I love “Mesopotamia” from Jr Jr’s recent release.