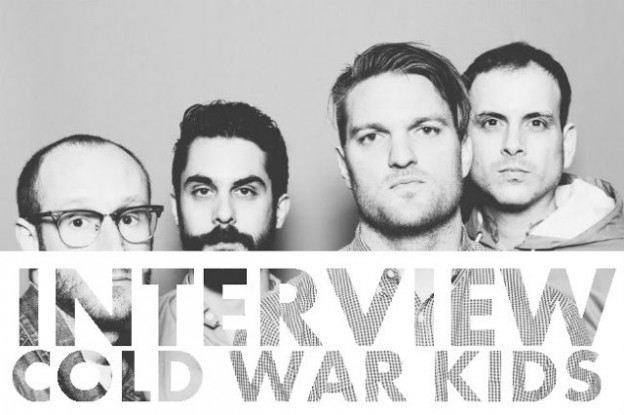 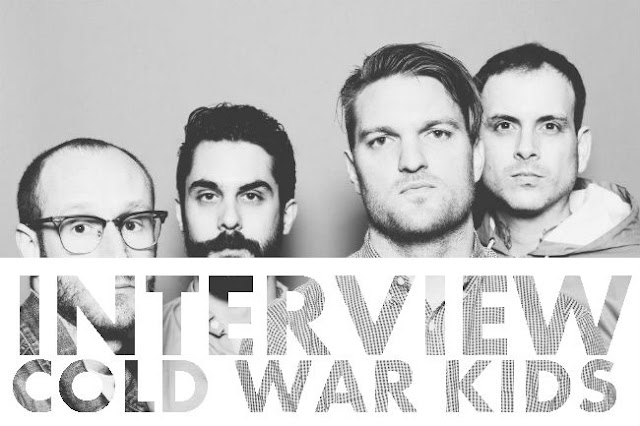 So tell us about the new album, what can we expect from it?

Some traditional Cold War kids sounds, some new sounds, some synth. Lots of everything. Short and sweet, it almost fit on a 10 inch vinyl but we were a few minutes too long.

The video for Miracle Mile was shot in your studio, do all your rehearsals turn into to parties?

We invited a buncha our friends down to the studio, ordered tacos and alcohol and played 2 sets. It was very spontaneous, and we didn’t think too hard about it. It kind of just happened one night.

What is ‘Miracle Mile’ about?

O, Nathan wrote the lyrics so you’d have to ask him, but I know that miracle mile is a strip of land dead center in the middle of LA, and has a lot of history with the city. It came up very fast when the city was growing. I like going there. Some call it the champs de elysee of LA, and it might have been at one point but I don’t believe it. I read it in a book one time.

What’s the plan for the summer?

O, lots of touring and we’re in the process of making videos for each of the songs on the record. We’re getting close.

Any new bands/albums that you have got in to recently worth shouting about?

I’m really I to the new Yeah Yeah Yeahs, Nick Cave and We Barbarians.

What did you lot do/get on Record Store Day?

O I picked up a public image ltd. reissue of Public Image.

And there you have it, O and check out the video for their other track ‘Miracle Mile’ here it’s cOOOl.